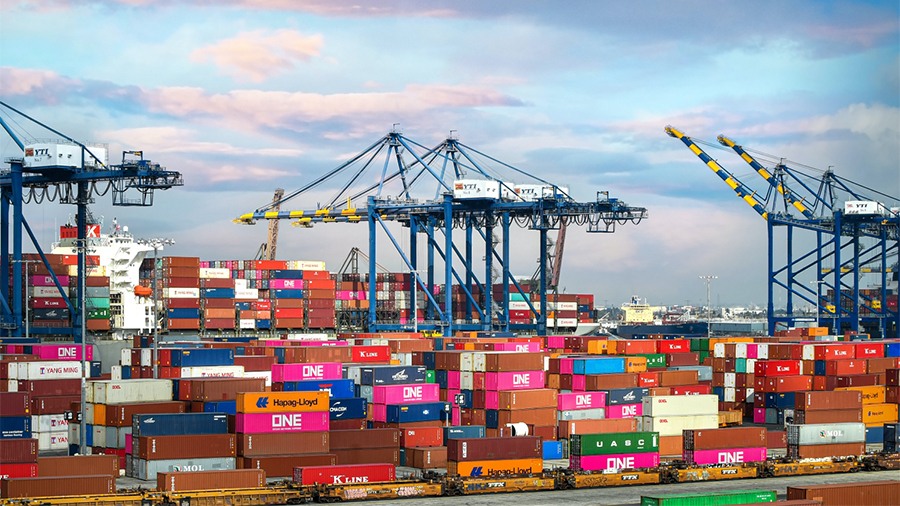 The Port of Los Angeles is on track to break a new record for cargo in 2021, processing more volume than any port in the Western Hemisphere. With two weeks left in the year, the Port said it anticipates its final volume will be approximately 10.7 million Twenty-Foot Equivalent Units (TEUs), about 13 percent more than its previous record set in 2018.

“As we approach a new cargo milestone amid this pandemic, I’m so proud of the resilience of this Port, our labor force and all of our partners,” said Port of Los Angeles Executive Director Gene Seroka. “While there is much more that we need to improve upon, we’re delivering record amounts of cargo and goods are making their way into the hands of consumers and manufacturers.

Overall November cargo volume dipped 8.8 percent to 811,460 TEUs compared to last year. Half of the 86 container vessels that arrived in November carried less than 5,300 TEU capacity. Smaller vessels can take nearly as long to process as larger ones and was a contributing factor in the year-over-year monthly decline.

November imports landed at 403,444 TEUs, a 13.2 percent decline compared to the previous year. Overall, however, 2021 imports are on track for an all-time record of about 5.5 million TEUs, 13 percent higher than the 2018 import record.

Empty containers, in high demand for Trans-Pacific transit back to Asia, increased to 325,275, a rise of 10.6 percent compared to a year ago.