Phil Knight made an appearance on the quarterly conference call with analysts to discuss the companys fiscal second quarter results, but also took the opportunity to outline the thought process behind his departure as president and CEO of NIKE, Inc., the reasoning behind the appointment of Bill Perez to fill those roles, and to thank the team around him that has apparently embraced the appointment.

As Sports Executive Weekly first suggested when the appointment of Perez — who has been president and CEO of privately-held S.C. Johnson & Son — was made four weeks ago, the hire was made in large part because of his international and multi-brand experience. His ability to navigate through a family-owned business was also a plus.

“Ive said if this was just a Nike brand situation we would have not gone outside,” said Mr. Knight. He suggested that “a brand other than Nike could be as much as 25% of the companys total volume”, but made sure everyone knew that it was more of an opportunity rather than an estimate. With $1.7 billion in cash on hand, that brand could come through an acquisition or from within its current portfolio of “other” brands.

Other brands made up roughly 13.8% of NKEs total business in Q2, about 20 basis points higher than the share in the year-ago quarter.

Knight picked a perfect time to sign off. The market cap for Nike, Inc. surpassed $24 billion for the first time last week as NKE shares climbed 5.4% for the week to close at $91.70 on Friday. “The challenge is not to get to $100 a share,” said Knight — again reiterating that he was not forecasting anything-“the challenge is to get to $200 a share thats a big part of my mind set.”

Knight acknowledged that the next six months were going to be “a challenge” for the organization and said he would not underestimate how difficult the transition will be for the company and its well-entrenched senior management. He said he was committed to making it work and would be there full time over that time to work through the cultural transition for both Perez and management.

Knight said Perez will need to listen and learn a lot to make this work.

As for Knight, he said he would focus his future efforts on growing a strong Board of Directors (after a number of exits over the last six months) and would still do what he said he does best — second-guessing and meddling.

As for second quarter, the company posted another solid quarter pretty much across the board despite a decline in the U.S. Licensed Apparel business at brand Nike. Total corporate revenues grew about 8.0% on a currency-neutral basis and acquisitions were said to have a “negligible impact” on the quarter since Converse has been in the fold for more than a year.

Total Nike brand Footwear revenues increased 12.3% to approximately $1.58 billion from $1.41 billion in the year-ago period, while Apparel tip-toed over the billion dollar mark, increasing 7.5% from $939 million in Q2 last year. The Accessories business jumped 17.0% to $178 million. Global Running Footwear revenues were up 10% and were up 13% in the U.S. The Shox business doubled in the 2004 calendar year versus last year. The Womens Fitness business will continue to be a key priority for the brand as Nike sees the internal efforts over the last two years start to pay off.

In the U.S. region, Nike brand pointed to “strong growth” with athletic specialty accounts, particularly Foot Locker and Finish Line. Comp store sales at NikeTown stores grew 7.0% in the period. The 9.0% increase in Footwear sales in the U.S. was driven by a “significantly higher average price per pair”, coupled with a “modest” gain in unit sales.

The Apparel business declined 3.4%, due to a “steep decline” in Licensed Apparel sales, which fell “more rapidly than expected” due to the expiration of the NBA license and “a shift in consumer preference to branded apparel.” Management said that Branded Apparel sales increased in double-digits for the quarter and still see the College Licensed business as a “bright spot”.

Nike has seven of the eight top bowl teams this year, with two of their schools in the championship game.

Nike sees the U.S. business growing in low- to mid-single-digits, below the futures increase due to less revenue from the non-futures business, such as close-outs, NBA Licensed Apparel, and fill-ins. U.S. gross margins improved 110 basis points for the period, delivering 40 bps of the consolidated GM improvement.

The EMEA region, which includes Europe, the Middle East and Africa, saw revenues increase about 5.4% on a currency-neutral basis, despite the movement of orders from September into August that helped boost the Q1 numbers.

Europe growth was driven by “strong sales in Italy” and Central European emerging markets, Turkey, and Russia. France, Germany, and the Nordic countries continue to be problematic. They see “positive signs” coming from the U.K. Nike owned-retail also “grew strongly” as the company added new outlet stores in the region.
Gross margins in EMEA improved a strong 260 basis points in the period, contributing about 80 bps of the total company GM gain, driven by improved FX rates and fewer close-out sales.

In Asia/Pacific, China continued to be the key driver as business there doubled in the second quarter. Nike is now sold through 1,500 retail locations in China, with roughly two-thirds of those locations managed as Nike-only space.

Looking to the 2008 Bejing Olympics, Nike has already signed 21 of Chinas 28 teams for the games. Japan revenues were up in double-digits, but Nike said they saw “some softness” in the overall market. Korea was said to be “a little slow” as they work to clean up inventories. The total region saw revenues increase 14.4% on a currency-neutral basis and A/P gross margin improved 40 basis points for the period, contributing about 10 bps of the consolidated GM improvement.

The Americas led all regions in revenue and pre-tax income growth in second quarter, with sales increasing about 21.7% on a currency neutral basis. All countries in the region contributed to the revenue increase, with South America posting the strongest results.

Asked where the company saw the opportunity for continued growth in the U.S., Nike co-president Charlie Denson pointed to opportunities with independent footwear retailers, but also alluded to a market share fight. “Theres a lot of companies out there over the last five years that have got to be over a billion dollars in our sector that quite frankly we think is an opportunity for us to go after.”

>>> With $1.7 billion to spend, I wouldnt want to be on the receiving end of that last statement 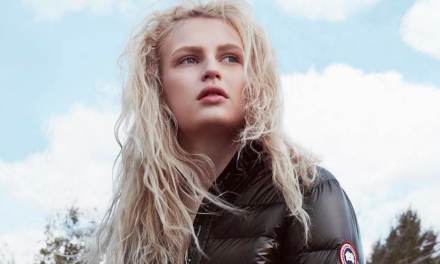