The PGAs of Europe have named Ian Randell as their new chief executive. Randell will take up his duties, at the Belfry, in mid-January 2007.

The 33 year-old former chief executive of the Ladies European Tour is currently occupying a similar role with the British Universities Sports Association (BUSA) where he will fulfil his contractual obligations before completing the move early in the New Year.

The important position at the helm of the PGAsE has not previously been filled since the retirement of the former General Secretary, Lawrie Thornton, in August 2005.

In announcing the appointment Sandy Jones, the PGAsE Chairman, said that the new man would take up the role of driving the Association forward in certain crucial areas devised by a series of strategy committee meetings during the interim period.

“Ian originally worked for the PGA here at the Belfry before he went off to further his career elsewhere, so we had given him a good groundwork,” he added. “Among those we considered for the post he ticked all of the boxes.

“Such areas as commercial and communications are vitally important to us if we are to make the PGAs of Europe a successful business, one that generates the income necessary to provide Member Countries with the services and the support they need.

“During the 12 months that, effectively, I have been personally undertaking the chief executive role one thing that has come across loud and clear is the gulf between the more mature PGAs and the comparative newcomers. Were light years apart.

“Those from the old Eastern bloc, for example, need a great deal of help and I would like to believe that with the strategies we are now putting in place, we can provide that help. The PGAs of Europe brand has an important role to play, and ought to be able to develop a really strong voice within the political structure of the European Community,” he added.

In five successful years at the LET, Ian Randell did much to advance the organisation including increasing the tournament schedule from 13 tournaments to in excess of 20. Before that he was a Senior Tournament Director with the PGA, having earlier worked in the Midland Region. He has a Management Sciences degree from the University of Warwick .

“Im absolutely delighted to get this second opportunity to work at the forefront of professional golf,” he said. “Ive thoroughly enjoyed my time with BUSA, since February, but when Sandy described the plans for the future of the PGAs of Europe, the prospect of driving the growth of the Association was one that I felt was too good to miss. I look forward to working with the Board of Directors to advance the game across Europe .” 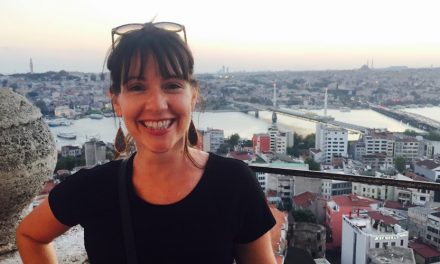