The multi-year agreement includes product licensing, as well as the exclusive right to sell Yeti drinkware and coolers at Tour-operated tournament retail outlets and TPC facilities, a number of which host Tour events. Further, Yeti plans to work with various PGA Tour tournaments to display Yeti coolers and utilize them in player practice areas. The PGA Tour will also feature Yeti drinkware at its Signature Drink programs at various PGA Tour tournaments throughout the season.

“Over the past decade, Yeti has established the standard for high-quality outdoor products with its hard and soft coolers and vacuum-insulated drinkware,” said Brian Oliver, PGA Tour executive vice president, corporate partnerships. “As an outdoor sport, our fans and players will put the Yeti products to good use, whether out on the course with friends or at a PGA Tour tournament. The Signature Drink program allows fans to enjoy beverages all day and go home with a unique keepsake.

This marks only the third league partnership for Yeti, following NASCAR and PBR, though the brand does have relationships with several individual sports franchises.

“We were thrilled at the opportunity to expand our partnership with the PGA Tour in order to more broadly engage with fans and players, while simultaneously promoting sustainability and the reduction of single use plastic,” said Melisa Goldie, chief marketing officer at Yeti. 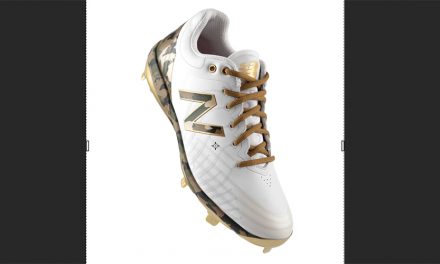 New Balance Donates To Hope For The Warriors