According to PGA PerformanceTrak, golf rounds played in 2103 were down 4.8 percent and days open were down 6.9 percent. The 2013 days open for play were the lowest in the history of PerformanceTrak (est. 2005) along with the national average rounds played for the year. A key point: There were 23 fewer days open this year compared to last year. When measuring against 2012, which was an exceptional year for golf due to record breaking weather, it was expected that we would see decreases in 2013. Yet, more rounds were played per day open in 2013 than the prior two years. 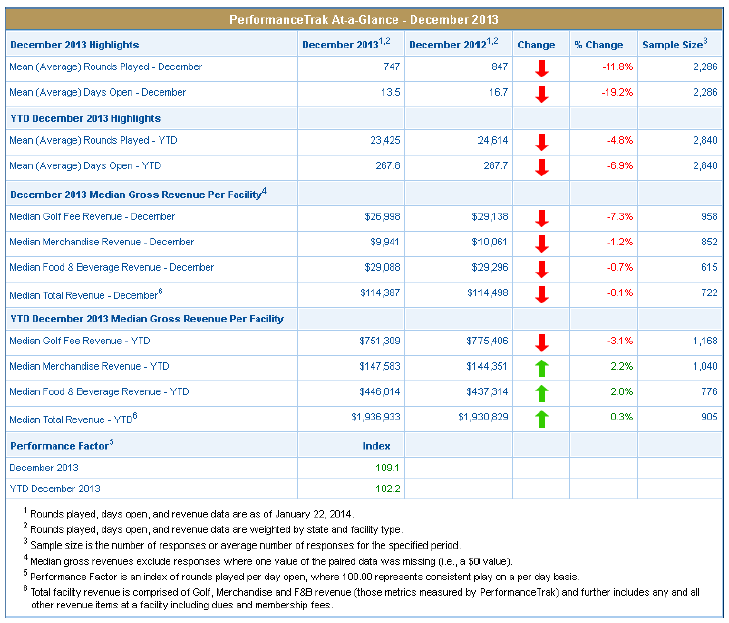 Of the 42 states with a decline in rounds played from 2012 to 2013, twenty-six of these states actually had more rounds played per day open this year than in 2012. 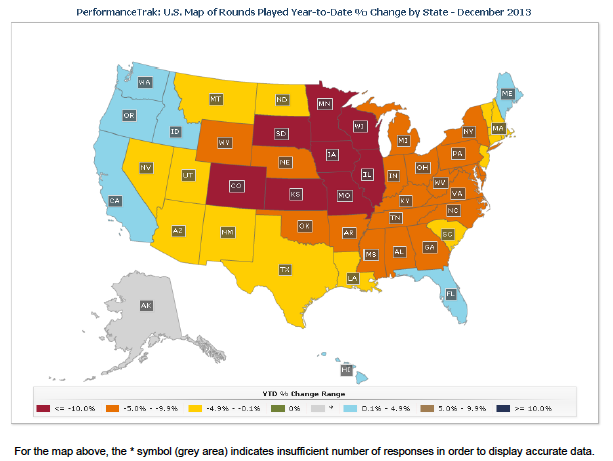 Additionally, 31 of the 42 states posting declines in rounds played were affected by above-average precipitation resulting in fewer days open for play (Michigan and North Dakota had their wettest year on record).