Executives said their strategic review of the company continues, but did not acknowledge a call by two dissident shareholders who went public Tuesday with their request the apparel and brand management company’s board of directors form a special committee and hire an independent investment bank to begin reviewing the company’s strategic options. The company’s board of directors did release its own letter to shareholders later in the day, however, laying out in further detail why it thinks its plans are working, pointing out that board members own 25 percent of the company’s stock, and that it had appointed two independent directors in the last year. 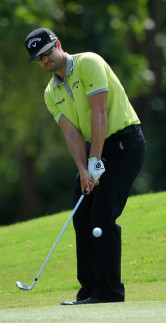 In its earnings report, Perry Ellis said that during the third quarter ended Nov. 1, on a year-over-year basis, it:

“We are pleased to continue our positive momentum and deliver another consecutive quarter of solid results for our shareholders,” said President and Chief Operating Officer Oscar Feldenkreis (pictured at left). “The quarter was marked by expansion in gross margin and a significant improvement in operating earnings versus the prior year. Our performance is a testament to the successful execution of our profitability enhancement strategy which focuses on driving higher margin sales, adding incremental revenue streams through licensing and diversifying our sales by expanding our geographic reach and categories served.”

“We also continued to generate favorable results in our Perry Ellis Men’s Collection at retail,” Feldenkreis continued. “During the quarter, we took major steps forward in our Direct to Consumer platform, delivering a 5 percent comparable store increase while also driving stronger retail pricing and regular price sales which contributed to our growth in margin. We also realized significant cost savings even as we invested in support of our international expansion.”

During the third quarter of fiscal 2015, gross margin expanded to 33.3 percent as compared to 32.1 percent in the same period of the prior year. The 120 basis point expansion reflects the company’s continued effort to focus on higher margin businesses and channels of distribution.

Selling, general and administrative expenses totaled $64.5 million as compared to $68.5 million in the prior year. Expenses included $1.2 million related to costs associated with the company’s streamlining initiatives, as well as additional investment in Europe associated with the introduction of Callaway Golf in Europe and the expansion of Original Penguin across the Continent.

Update on Strategic Priorities for Fiscal 2015 to Enhance Profitability

As previously announced, the company continues to focus on strategic priorities to deliver sustainable growth in revenue and profits. These actions include concentrating the company’s resources on its highest return businesses and brands, and driving efficiencies across its operating platform.

“Weve seen steady progress over the last three quarters as we have focused our portfolio, cut costs and expanded our profitable licensing and international operations,” said Chairman and CEO George Feldenkreis (pictured at right).

We enter the last quarter of our fiscal year as a more focused company with a clear plan for achieving our goals and building upon our strong heritage. We look forward to accelerating our momentum.”

The company’s strategies to enhance profitability include: 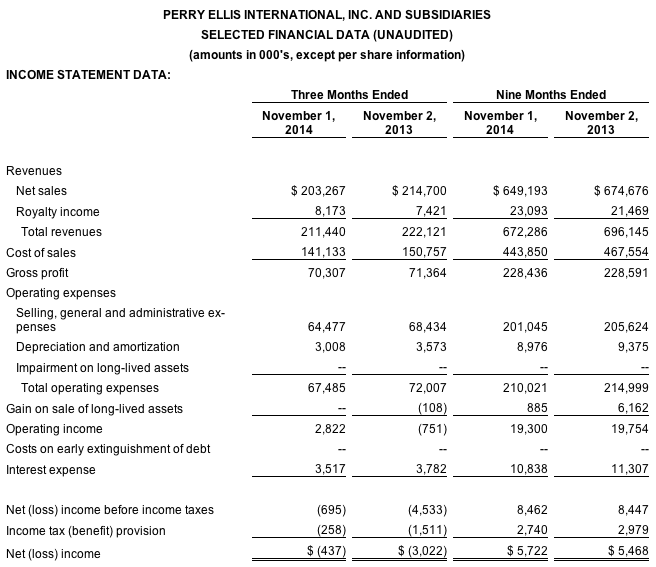