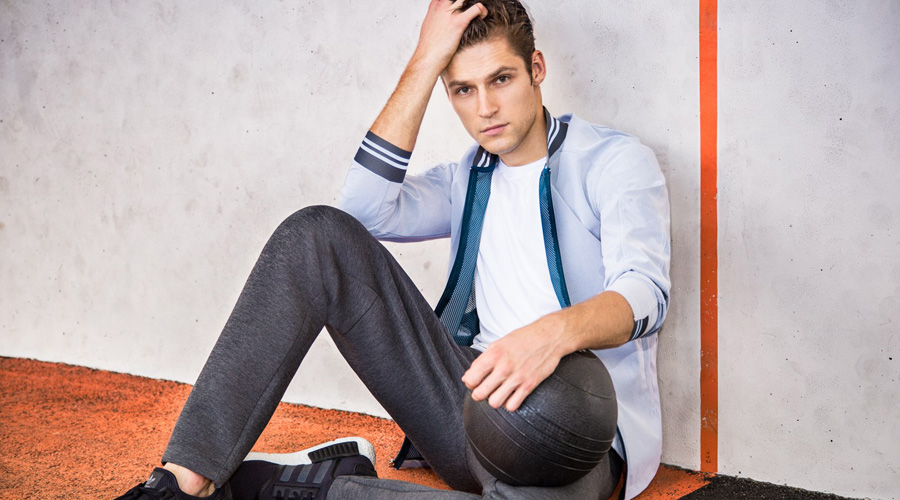 Perry Ellis International Inc. reported a loss in the third quarter due to pension plan termination costs, but adjusted earnings came in ahead of guidance and the company said its turnaround plan focused on higher-margin branded businesses is progressing.

Fiscal third quarter 2017 financial and operational highlights are as follows:

Oscar Feldenkreis, chief executive officer of Perry Ellis International, commented: “We are pleased with our third-quarter results, which were ahead of our expectations, continuing our positive momentum from the first half of the year. Revenues declined in total, reflecting the balance of the impact of the exit of non-core brands and negative currency exchange rates. Importantly, we delivered growth in our key lifestyle brands of Perry Ellis and Golf Lifestyle as well as Nike swim, expansion in gross margin and expense discipline, which combined drove a solid increase in adjusted diluted earnings per share over the prior-year quarter.

He continued, “We attribute our consistent positive performance to the intense focus on what we do best – bringing relevant, innovative product to the marketplace, intensifying our relationships with consumers and driving operational excellence across all areas of our business. We ended the quarter with extremely clean inventory levels and brands and businesses well positioned for the final quarter of the year.”

Fiscal 2017 Third Quarter Results
Total revenue for the third quarter of fiscal 2017 was $194 million, down slightly from $205.4 million reported in the third quarter of fiscal 2016. The company realized a 3.5 percent revenue increase in its core global brands, which were offset by the balance of the exit of non-core brands and the negative impact of currency exchange rates. Revenues on a constant currency basis totaled $197.2 million for the quarter.

Gross margin was 36.7 percent, representing a 100-basis-point improvement over the same period last year. Adjusted gross margin was 36.8 percent and excludes costs associated with the consolidation of sourcing offices in Hong Kong. This expansion reflects solid retail performance across our core brands in both the company’s wholesale and direct to consumer channels.

Selling, general and administrative expenses totaled $72.8 million as compared to $64.9 million in the comparable period of the prior year. SG&A adjusted to exclude expenses associated with the termination of the company’s defined pension plan and the streamlining and consolidation of operations of $8.3 million and $71,000, respectively, were $64.5 million, essentially even with the comparable period of the prior year. The company expects to save more than $750,000 in annual administrative costs, coupled with the longer-term impact of rising pension costs.

Adjusted earnings before interest, taxes, depreciation and amortization (EBITDA) for the third quarter of fiscal 2017 totaled $6.9 million as compared to $8.8 million in the comparable period of the prior year.

Balance Sheet
At the close of the third quarter of fiscal 2017, the company’s balance sheet was solid. Inventory declined 23 percent to $112 million as compared to $145 million at the end of the comparable period in the prior year and $183 million at year end. Capitalization reflects a net debt position of $66 million, or 17.9 percent, as compared to prior-year $96 million or 23.3 percent.

Strategic Priorities Update
The company continues to concentrate on the successful execution of its growth and profitability plan to continue to strengthen its industry leadership, reach new consumers and drive continued growth.

“Fiscal 2017 continues to be a testament to the successful execution of our five-point growth and profitability plan. We have continued to focus on our high margin branded businesses. This, coupled with strong inventory management and solid retail performance, has driven consistent margin expansion,” said George Feldenkreis, executive chairman, Perry Ellis International. “We feel that with the elections over, consumer confidence continues to increase and we expect to see increased consumer spending during the holiday season.”

The company’s focused strategy includes focusing on high performing, high growth brands and businesses. Since fiscal 2014, the company has exited over 30 brands, which accounted for approximately $100 million in lower margin revenues, and refocused its portfolio toward core, high-margin brands. The company also converted smaller owned brands to licensed only brands where applicable.

It also enhanced retail brand positioning in the menswear arena through the wholesale, retail and licensing of its core brands. The company has focused on product innovation and visual presentation through in-store shops as well as omni-channel marketing. These investments have raised consumer awareness and reliance on the company’s brands. It also increased its focus on international and licensing distribution through direct investment in the Western Hemisphere and Europe, as well as strategic partnerships with licensees and other partners. The company realized 6-percent revenue growth in licensing for the year-to-date period. The international business continued to expand and represented 13.7 percent of total revenues compared to 12.5 percent in the comparable period of the prior year.

The company intends to expand the direct-to-consumer (DTC) channel. Its DTC platform is an important component of its growth and profitability strategy. As such, the company has made important investments in online, mobile and e-commerce to build on its track record of innovation and leadership in technology. During the third quarter, the company realized a 1-percent comparable sales increase in DTC and a 5-percent increase in DTC comparable margins. The company continues to focus on growing this channel in a profitable manner.

An additional focus is driving operating efficiencies through process enhancements, inventory management and supply chain improvements. In the third quarter of fiscal 2017, the company realized approximately $1.8 million in savings in cost of goods and in selling, general & administrative expense, while also realizing an additional reduction in inventory carry. Savings for the year total $5.8 million year to date.