“2017 has already proven to be Pensole’s busiest programming year since its inception,”
said D’Wayne Edwards, Pensole’s founder. “In our mission to offer master-class design curriculum with no socioeconomic barriers, while providing the footwear industry with a farm system for new design talent, we believe an aggressive crowdfunding initiative will fast-track the process, target a younger audience, and enable us to reach a larger global audience than we have so far.”

Pensole’s Kickstarter campaign, “SUPPORT FREE EDUCATION,” seeks to raise a minimum of $50,000, which will be used to produce a limited-edition shoe design by Pensole alum Maxwell Lund, handcrafted in Portugal by Portugal Footwear. The first 2017 backers that pledge $217 to this reward will receive a pair of numbered, premium leather, hand-burnished luxury sneakers in the tier of which they were ordered.

If the campaign raises $50,000, it would also establish Pensole SneakerHead of State, a FREE nationwide program that will provide high school students awareness of and access to the footwear industry in the form of a design focused competition. “The future of footwear talent must be sourced in high school—and even middle school,” Edwards said. “We want to provide opportunities to discover and develop future designers at the same age they become consumers.”

Subsequent tiers of crowdsourcing would establish additional initiatives, including an FREE afterschool shoemaking program (Pensole Kicks Starter); a FREE international college program called Pensole PSSPRT, which will allow students around the world to engage in an online footwear design course instructed by global footwear design leaders; a self-perpetuating scholarship foundation to pay tuition, travel, housing, and supplies for future students to attend any Pensole program for FREE; and if the ultimate goal of more than $1,000,000 is funded, Pensole will be able to upgrade its Innovation Studio, where students and other aspiring designers can learn the art of patternmaking, sewing, sculpting, 3D modeling, and build prototype samples by hand. 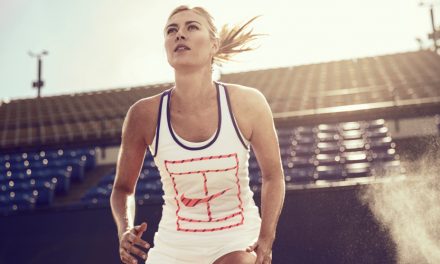 Sharapova Suspension Overruled, Expect Her On Court In 2017