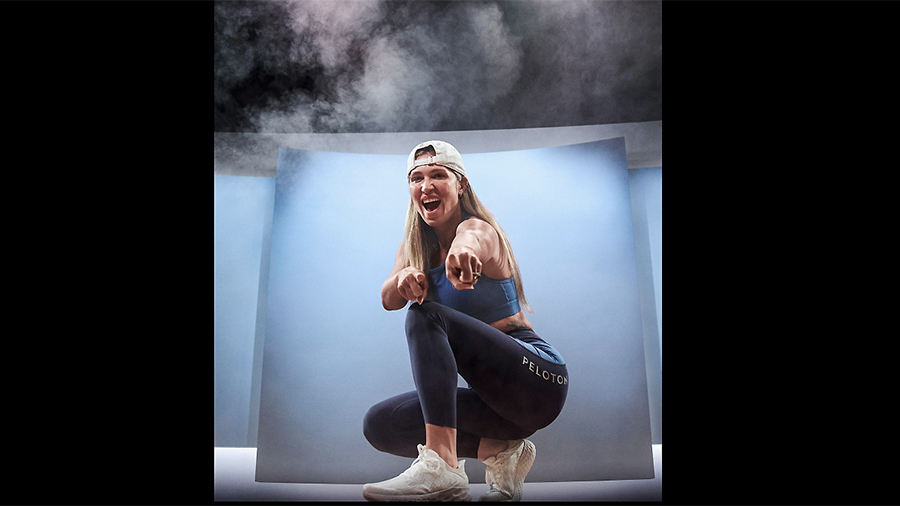 Connected Fitness revenue, which includes the contribution from Precor, was $594.4 million, down 42 percent versus Q3 last year. The primary driver of the year-over-year revenue decline was a reduction in consumer demand exiting the pandemic’s peak, partially offset by the contribution of Tread sales. Connected Fitness revenue was also negatively impacted by higher than anticipated Tread+ returns totaling $18 million related to the brand’s May 2021 product recall.

In contrast to the decline in Connected Fitness revenue, subscription revenue of $369.9 million grew by 55 percent year-over-year and represented 38.4 percent of total company revenues versus 19.0 percent in the year-ago quarter. Peloton said this mix shift to high margin subscription revenue is a long-term trend in the business, and the company is taking steps to accelerate with its hardware price changes and FaaS (function as a service) strategy.

Gross profit in Q3 was $184.2 million and 19.1 percent of revenue, representing a 59 percent year-over-year decline. Compared to the year-ago period, Peloton said its Connected Fitness gross margin was pressured by the August 2021 Peloton Bike price reduction, impact of accessory inventory write-down, higher logistics expenses per delivery, increased port and storage costs, and charges associated with the voluntary recall of its Tread+ product (approximately $19 million impact to gross profit in Q3).

Subscription gross profit was $252.1 million in Q3, representing 63 percent year-over-year growth. Subscription gross margin was 68.1 percent, up from 64.6 percent in the year-ago period driven by continued leveraging of fixed costs.

Adjusted EBITDA for the quarter was $(194.0) million, versus $63.2 million in the year-ago period. The primary drivers of the year-over-year decline were lower revenue and Connected Fitness gross margins, as well as higher operating expenses.

FY 2022 Q4 Outlook
For the fourth quarter, Peloton expects sales in the range of $675 million to $700 million, down from $937 million in the year-ago quarter and $964 million in the latest third quarter. Peloton said in its shareholder’s letter, “Our Q4 outlook reflects softer demand versus our February forecast, partially offset by accelerated sales we’ve seen as a result of our recent hardware price reductions. Our Q4 ending CF subscriber forecast of approximately 2.98 million incorporates a modest negative impact from our subscription pricing increase starting June 1. As anticipated, we have seen a small increase in cancellations due to the Connected Fitness subscription price increase announcement, but we expect the impact to moderate as we progress through FY23. We forecast total revenue of $675 million to $700 million in Q4.”

Gross margin is expected to be 31 percent, up from gross margins of 27 percent in the year-ago quarter and 19 percent in the latest third quarter. Peloton said, “CF margin in the quarter will be significantly impacted by recent pricing changes and continued headwinds in freight, storage and logistics due to the reduction in our demand outlook. We expect headwinds in freight to largely abate in FY23 and storage costs to come down as we move through FY23, resulting in a positive CF margin profile next fiscal year. We continue to expect leveraging of fixed costs in our subscription margin in Q4 and a small positive impact from the subscription pricing change.”

Adjusted EBITDA is expected to show a loss in the range of $120 million to $115 million compared to a loss of $45 million a year ago and $194 million in the latest third quarter. The year-over-year higher loss reflects lower pricing, demand and continued headwinds in freight and storage costs.

The shareholder letter from Barry McCarthy, CEO and president, follows:

“Turnarounds are hard work. It’s intellectually challenging, emotionally draining, physically exhausting, and all consuming. It’s a fullcontact sport. That’s why I want to begin this Shareholder Letter with a shout out and sincere thank you to the employees of Peloton who are working hard to make this company successful. I also want to thank our 7 million Members whose passion for Peloton gives meaning and purpose to our work.

“Turnarounds also are incredibly stimulating and engaging, the decisions never more consequential, the urgency ever present, the teamwork never more central to the mission.

“That’s why I joined team Peloton, all these attributes plus its iconic brand, category leadership, fast growth, recurring revenue model, and for me, highly aligned corporate values and mission.

“Ten years ago the launch of the original Peloton Bike introduced the world to the power of connected fitness. Peloton’s growth exploded during Covid when our subscribers grew from 700 thousand to nearly 3 million. Today Peloton is one of the country’s most admired brands, ranking second behind Apple and ahead of Spotify in the Prophet Brand Relevance index published in February 2022. Our users are highly engaged, and our subscriber churn rate is less than 1 percent, which is the best I’ve seen. The challenge and the opportunity today is to sustain and extend this success. We’ve already solved the hardest problem which is finding product/market fit. That begs the question, what’s next?

“My goal for Peloton is to become a global connected fitness platform with 100 million Members. That’s equivalent to roughly half the world’s global gym memberships. It’s a long, long way from where we sit today. But we sit at the epicenter of technology enabled fitness, a long-term secular growth trend. Who doesn’t want to live a healthier, happier, longer life? We will share more about how we plan to participate in that growth in the months and years ahead.

“In my experience, companies that don’t know where they’re going generally get there (that’s not a typo). I’m determined not to be one of those companies. Connected fitness is a strategic choice. Strategy is always about choice, what to invest in and what not to. You won’t see us investing in or owning something that doesn’t serve our connected fitness strategy.

“I’ve been in the CEO role of Peloton since February 9. During those three months I’ve focused on: 1. stabilizing the cash flow 2. getting the right people in the right roles and 3. growing again. We’re making progress on all three priorities.

“Stabilizing the cash flow has been an exercise in balance sheet and P&L management.

“The balance sheet challenge has been managing inventory. We have too much for the current run rate of the business, and that inventory has consumed an enormous amount of cash, more than we expected, which has caused us to rethink our capital structure (more on this in a moment). Fortunately, the obsolescence risk is negligible, and we believe the inventory will sell eventually, so this is primarily a cash flow timing issue, not a structural issue.

“The other piece of good news is that Andy Rendich, our new head of supply chain, has the skills to manage our supply chain issues and, with the help of new Peloton BOD member Angel Mendez, is making great strides in getting this aspect of our business under control.

“There likely will be other talent additions across the org in the coming months, particularly as we shift our focus from being hardware to software centric. Talent density is job one if we expect to perform at a high level, and we do. Building on our existing strengths is the goal, but, to be clear, I believe there is a solid foundation of talent at Peloton to build on.

“Some of the challenges we face are systems related (there is substantial tech debt, not uncommon among successful fastgrowing businesses) which tax our productivity and speed of decision making, as well as our speed of execution. And some of the challenges have resulted from poor execution, like last quarter’s increased use of 3PL partners for last mile distribution. The strategy wasn’t flawed, but our execution was. Better systems. Better decision making. Better execution. We’re working on it.

“With respect to the P&L, we announced several cost reduction initiatives last quarter. The goal, then and now, is for the business to generate positive cash flow by realigning spending and revenue, resulting in at least $800 million in annual run-rate savings by FY24. This includes $500 million in operating expense savings and at least $300 million in lower Connected Fitness COGS. The program is a work-in-progress. Through initiatives already in place, we expect to achieve $165 million operating expense reductions in 2HFY22, and approximately $450 million in savings for FY23. In Connected Fitness COGS, we expect our actions will yield $30 – $35 million savings in 2HFY22 and $100 million in savings for FY23.

“We’re making steady progress on our first two priorities (cash flow and talent density). What about growth? In the months ahead you’ll see us evolve our go-to-market strategy to grow faster. One new initiative includes broadening our distribution to third party retailers. Another involves rethinking the value proposition of our digital app to drive significantly more top of marketing funnel growth. A third initiative involves expanding our international markets. And fourth, we continue to test and broaden the roll out of Fitness-as-a-Service (“FaaS”). FaaS is a rental program that combines the cost of connected fitness hardware and our All-Access subscription service into one low monthly fee. We’ve tested different price points in order to understand the interplay of consumer demand and ROI, which is a function of variables like CAC, churn, return rates, and buy out rates. To date we’ve seen steady increases in growth (on the order of 90 percent+ uplift currently) compared to our control markets, and we are broadening the size of our test markets as we continue testing different consumer offers.

“The recent price changes (implemented April 14) also look promising, and may deliver roughly $40 million of incremental revenue monthly. Here’s the math. The price cuts on hardware have increased our daily unit sales by 69 percent and increased our revenue by more than $25 million per month. And the price increase on our All-Access monthly subscription, which isn’t effective until June 1, has so far driven only a modest increase in churn. That’s a roughly $14 million increase in revenue monthly if churn remains near current levels. These are important incremental steps towards rightsizing our P&L and are additive to the $800 million in cost savings discussed above.

“I want to spend a minute talking about the framework we’re using to manage our marketing spending. In the past you’ve heard us speak about our net CAC framework, which effectively pegged the amount we were spending on subscriber acquisition cost (CAC) to our hardware unit gross profit. Looking ahead, as we play for scale, we’re changing our focus to customer lifetime value (LTV), which is the net present value of the gross profit per subscriber over the expected life of the subscriber. We’re doing this because we maximize profit when marginal cost equals marginal revenue, or in our case when marginal CAC equals our marginal LTV. And although we initially lose money on each new subscriber when they walk in the door because of the cost to acquire them (same as Netflix and Spotify), each new subscriber increases our enterprise value provided their LTV exceeds their CAC. So expect us to lean into growing our base of recurring revenue.

“And while we’re on the subject of LTV, I would also like to point out that you should expect us to continue to explore the dynamic relationship between CAC, churn, and gross margin as we try to unlock faster growth by driving a virtuous cycle of investment in a better user experience, which lowers gross margin, but also drives lower CAC with a higher mix of organic growth, faster growth, and higher LTV.

“We finished the quarter with $879 million in unrestricted cash and cash equivalents, which leaves us thinly capitalized for a business of our scale. Earlier this week we took steps to strengthen our balance sheet by signing a binding commitment letter with JP Morgan and Goldman Sachs to borrow $750 million in 5-year term debt.

“I want to thank everyone involved for their hard work in completing this important financing and look forward to reporting on our progress in reshaping Peloton’s business in the quarters ahead. As we begin to sell down our excess inventory, the current cash flow headwind should become a tailwind in FY23.

“Our goal is to restore the business to positive free cash flow in FY23.”