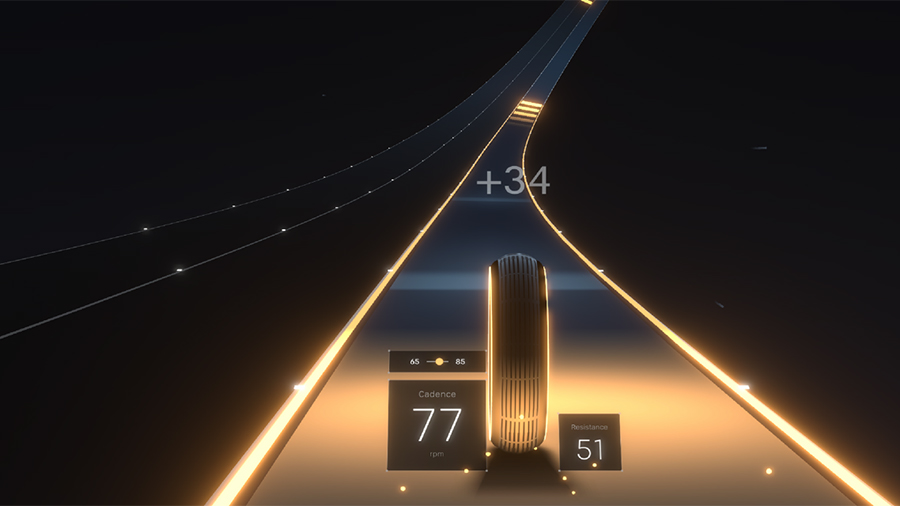 Peloton said it is developing a rhythm-based video game, called “Lanebreak,” for its Bike and Bike+ models.

In a blog entry, David Packles, senior director, product management, Peloton, said Lanebreak “sits at the intersection of gaming and fitness” and is designed to “provide a greater variety of workout options to members beyond instructor-led classes.”

In the video game, Peloton members will face obstacles that are synchronized with the beat of music. Riders can change their cadence and resistance to meet individual goals and control its on-screen rolling wheel. Riders can choose the level of difficulty type of music and length of the track before starting their workout. Riders can earn points for picking up objects along the track, with those in higher-resistance lanes earning the most points.

Peloton is testing a version of the game with selected riders and said the feedback has been “very promising.”

Packles said while there would not be instructors during the video game rides, the game mechanics are designed to motivate riders in similar ways. “Members are excited about the direction and can see themselves embedding it into their routine,” he said. “Many have made comments that they can see it appealing to friends and family who were not previously as interested in instructor-led classes.”

The game is scheduled to launch in 2022. Peloton’s open beta will be released to members later this year. The game will be available in the U.S. UK, Canada, and Germany for the Peloton’s Bike and Bike+ models.