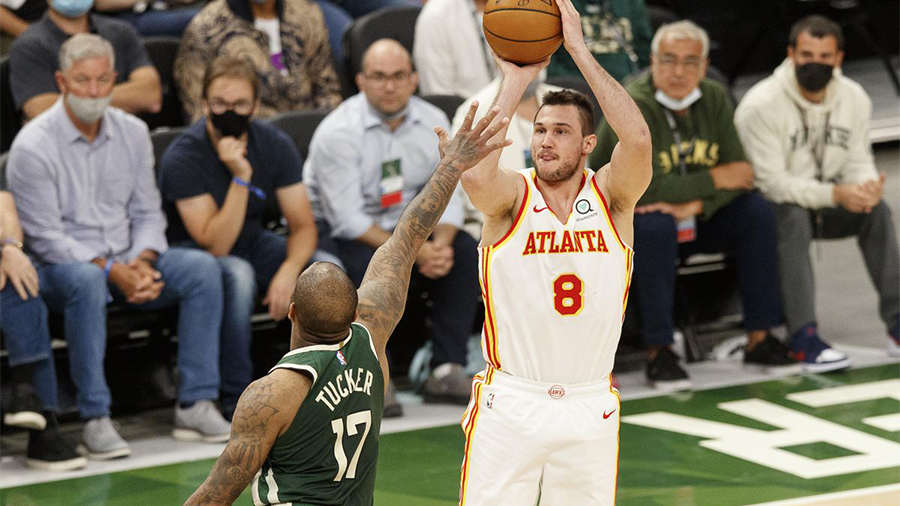 “Paul & Shark is thrilled to welcome such a talented and like-minded athlete as its newest global ambassador. From his philanthropic efforts in Italy and abroad to support of environmental causes, Danilo is a true role model both on and off the court. He is a true leader in his profession with a great eye for style and is a perfect fit to represent the Paul & Shark brand.”

A 13-year pro, Gallinari captained the Italian basketball team at the 2020 Olympics in Tokyo and had one of his best NBA seasons taking the Atlanta Hawks to the Eastern Division Finals.

Gallinari said, “Paul & Shark and I have so much in common. An Italian company from Lombardy that’s established itself all over the world, I myself was born in Lombardy and have played in the United States at the highest levels since I was barely twenty years old. Representing Italy abroad has always been an extraordinary source of pride and responsibility. Paul & Shark is also a family business, which is very important to me, as my family has an integral part of my life every step of the way. We also share a love for nature and a commitment to sustainability. I’ve always felt strongly about this but now that I have become a father, it seems unthinkable not to do everything possible to leave a livable world for future generations. To me, it’s a moral duty, and I’m excited to partner with a company that feels the same way.”