Pacific Sunwear of California, Inc. saw net sales for fiscal August
amount to $181.6 million, increasing 13.6% from $159.9 million last
year. Total company same-store sales for the four-week period increased
9.6%, with the PacSun concept supplying an 11.9% jump that more than
offset a 17.3% decrease at the retailers demo format.

The company said the August sales performance at PacSun was
attributable in part to the later start of back-to-school in Florida
and Texas.
For the period of July and August combined, same-store sales were up
3.6%, with PacSun posting a 5.7% gain and demo comping down 18.8% for
the period.

For PacSun, the momentum continued with the juniors apparel business
which comped up in the low-40s in August, driven by tops, shorts and
the juniors Bullhead denim line. Guys apparel comps for the month were
up in the high-teens, driven by tops and shorts.  The footwear
business for both guys and juniors was down high-20s, although PSUN
said that they did begin to see some improvement in the last week of
the month.

Turning to demo, same-store sales for the month were down
high-single-digits for juniors and were down mid-20s for young men. The
juniors business showed strength in tops and shorts, but was offset by
weakness in bottoms, footwear and accessories. The young man's business
continued to experience weakness in all categories.
For the month, total company transactions for comp-store were up
mid-teens. The average unit retail was down low-single-digits. The
average items sold per transaction were down slightly, and the average
transaction value per comp-store was down mid-single-digits. 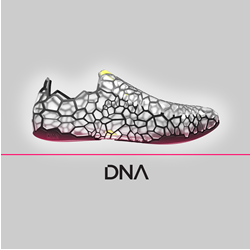