Dorel Sports said demand for its premium Cannondale bikes overseas helped it grow currency-neutral sales and earnings in the first quarter, while bicycle sales to US big box retailers got off to a slow start. While, the decline of the euro, yen and pound against the U.S. dollar severely depressed earnings, that pressure should ease in the back half as the company begins selling in model year 2016 bikes at higher prices.

Dorel Sports revenue decreased by $11.4 million, or 4.8 percent to $228.9 million in the first quarter ended March 31, but grew approximately 3 percent after adjusting for the impact of varying foreign exchange rates, according to financial results released by parent company Dorel Industries Inc. of Canada.

Cannondale Sports Group (CSG) led the segment with low-double-digit growth of sales to independent bike dealers (IBDs) in Europe, Japan and the United Kingdom, where the Cannondale brand is benefiting from strong demand and a better supply position. Brazil also delivered solid organic growth due to the increased demand for entry-level Caloi bikes as well as the ongoing popularity of Cannondale, Schwinn, Mongoose and GT models Caloi assembles and distributes in Brazil.

Sales were softer in the United States, where spring came late in many markets. At Dorel Sports' Pacific Cycle unit, which sells bikes to mass merchants and full-line sporting goods stores, sales were slow in January, but improved throughout the quarter, were back on plan by March and continued to improve in April.

Dorel Sports gross margin declined 170 basis points to 23.4 percent, due primarily to exchange rates. Selling expenses decreased 1.7 percent and general and administrative expenses were down 6.1 percent. Operating profit for the quarter was $11.6 million compared with $16.3 million in the prior year, with the net negative impact of exchange rate fluctuations accounting for approximately $7 million in lower earnings at CSG.

Excluding this impact, operating profit for the quarter would have increased by approximately 12 percent. CSG implemented price increases on a selective basis to mitigate the currency issues.

Schwartz said the company expects lower earnings to continue into the second quarter, but rebound in the back half as price increases kick in with Model Year 2016 bikes. This will be particularly pronounced at Cannondale, which is introducing nine new bikes in its largest product launch in years. Still, with nearly 50 percent of its sales outside the United States, it's unlikely Dorel Sports will be able t grow EBIT this year because of currency headwinds. 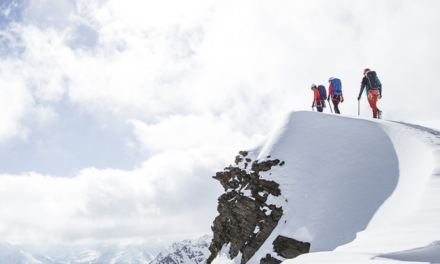 The Finish Line Adds Board Member