The Outdoor Foundation kicked off its campaign to raise $5 million for youth outreach programs Tuesday night by raising $350,000 at its first ever Outsiders Ball on the eve of Outdoor Retailer Summer Market.

Hundreds attended the $150-per-person fundraiser in Salt Lake City, which included a buffet, live music, industry brainstorming sessions and ended with a tribute to JanSport Founder Skip Yowell for his five decades of work getting youth outdoors.
The Foundation had raised $335,000 in pledges from more than 100 companies and ticket sales going into the event, but raised another $15,000 Tuesday night with the help of a professional auctioneer.
He auctioned off eight adventures, two pieces of art and an evening with Yowell donated by outdoor companies, their athletes and friends. A day of rock climbing with Chris Sharma donated by Prana and Sterling Ropes went for $1,750, while a painting by adventure filmmaker and documentarian Renan Ozturk went for $2,250. An ice climbing session at the Ouray Ice Festival with Conrad Anker went for $1,100 while a custom built snow board from Burton and accompanying Thule rack fetched $1,800. The top money maker was a two-night stay for four people at a private home at the member only Yellowstone Club ski resort arranged by Bill Sweasy, retired CEO of Red Wing Shoe Co.
Five Grassroots Outdoor Alliance retailers also raised thousands of dollars for non-profits dedicated to getting kids outdoors in their communities. Dan and Shira Epstein, owners of Champaign Surplus of Champaign, IL, raised more than $3,000 from donors who pledged in increments of $500, $250, $100, $50 or $25 each to send underserved kids in and around Champaign to summer day camp.
Outsiders Ball was organized by the Foundation, a non-profit established by Outdoor Industry Association to grow future generations of outdoor enthusiasts. The Foundation’s major focus since 2010 has been on launching and building up Outdoor Nation, a youth led grassroots movement dedicated to getting more American kids outdoors. The initiative has engaged 75,000 kids through a series of more than 30 regional youth summits and 500 community projects that have been funded by outdoor companies and foundations as well as Americas State Parks, the U.S. Forest Service, the National Park Service and healthcare companies.
The Outsider’s Ball marks an effort to engage more of the industry – and particularly individual outdoor specialty retailers – in efforts to boost youth participation. The ball replaces the OIA Thought Leader Dinner, an invitation only event which had been held on the eve of the summer show. 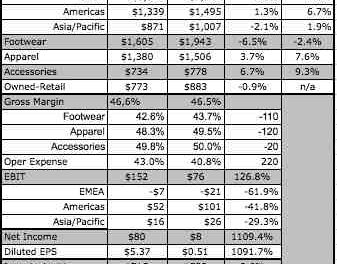