Outlast Should Finish 2004 with a Record Year

According to Outlast Technologies, at year-end 2004, revenues will have increased almost five-times over year-end revenues of 2001 and the company will be profitable and cash flow positive. According to George Cattermole, CEO/President, “This progress is a result of a great effort by each and everyone of our employees implementing a set of modified strategies that has taken our business in a new and exciting direction.”

During this period, Outlast® has introduced a variety of new, improved products; lowered costs; expanded and upgraded licensed manufacturers and OEM partners; restructured the marketing message; expanded patent estate and know-how; and focused on additional markets, such as bedding and casual wear. In 2004, Outlast products being sold into apparel, bedding and specialty markets worldwide will represent half a billion dollars at consumer retail after being combined with and enhancing the performance of consumer end-use products of their OEM partners worldwide.

Some of the highlights for Outlast over the last 4 years include formation of joint ventures in Europe with C.F. Ploucquet GmbH & Co. and in Asia with Pacific Resources; purchase of the remaining assets of Frisby; contribution to a new ASTM standard test (ASTM D7024) to measure steady state and dynamic thermal performance textiles; launch of a new consumer brand Smart Fabric Technology; and greater penetration of new markets, especially Asia.

“The future outlook is very bullish for the company,” says Brad Poorman, Senior VP of Global Sales and Marketing. “Our phase change technology increases the latent heat and thermal performance in a variety of diverse materials and applications beyond textiles. We are just beginning to penetrate these large opportunities, as well as expand in textile end-uses.”

In 2005, some changes will occur. George Cattermole, CEO/president has decided to retire around mid-year and will remain on the Board of Directors as the primary liaison between the Board of Directors and the operating team. “I feel very positive about the health and future of Outlast, the management team and the whole organization. Also I have enjoyed immensely the last four years working with everyone inside, as well as outside the business.”

Duties on Some Outdoor Footwear Poised to Skyrocket Dec. 31 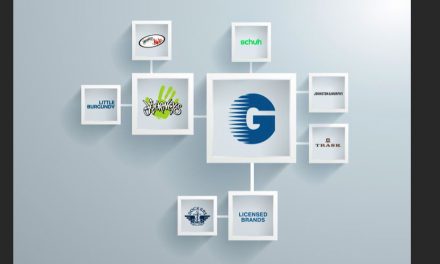