The State of Ohio has ruled that L.L. Bean owes it $210,770 for a Commercial Activity Tax (CAT) based on the more than $100 million in gross receipts the retailer reported in the state during a 45-month period ended March 31, 2009. The Maine-based retailer is among roughly 100 companies that had protested CAT assessments, arguing they do not have enough of a presence, or “nexus,” in the state to be covered by the tax.

Ohio State Tax Commissioner Richard Levin ruled the tax is due on gross receipts the Maine retailer earned in Ohio from July 1, 2005 through March 31, 2009, which easily met the state’s threshold of $500,000 a year in gross receipts that triggers the tax.

“The petitioner continually sends thousands of catalogs to Ohio residents by mail, and engages in numerous other forms of advertising in Ohio in various media, including print and television,” notes the Aug. 10 ruling. “The depth of the petitioner’s success in penetrating the economic marketplace in Ohio is demonstrated by their level of gross receipts from Ohio sales of tangible personal property, which for the periods assessed exceeded $100,000,000… This level of activity is clearly ‘substantial,’ much more than the minimal connection needed to satisfy the Due Process Clause of the Constitution.”

Ohio began phasing in the CAT in 2005 as it phased out taxes on corporate profits and business property as part of a plan to gradually lower the state’s income tax rates by 21% and become more competitive in luring businesses.

The CAT is essentially a franchise tax that businesses pay for the privilege of doing business in the state. It is levied on a company’s gross receipts within the state and completely separate from the state sales tax.

L.L. Bean argued that it did not have the physical nexus required under the Commerce Clause of the U.S. Constitution. But Levin countered that while state courts have ruled that a company must have a physical presence in a state to be subject to sales taxes, they have ruled that such a requirement does not apply to income and gross receipt taxes. Moreover, the Ohio Supreme Court ruled in a case brought by grocers that the CAT is not the functional equivalent of a sales tax.

While L.L. Bean does not contest the amount of actual gross receipts it received from its Ohio customers and reported to the state, the company did not respond last week to questions about how it will proceed in the case.

The Dayton News reported that the outcome of the case could help determine whether the state can collect tens of millions of dollars in tax revenue annually from out-of-state direct marketing companies that sell in Ohio primarily through catalogues and the Internet. More than 100 companies from outside the state have appealed findings that they owe the CAT tax, with most arguing that they do not have sufficient “nexus.” 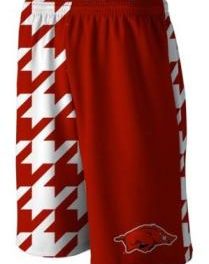 Loudmouth and Rival Athletics Team up on Collegiate Shorts

The State of Ohio has ruled that L.L. Bean owes it $210,770 for a Commercial Activity Tax (CAT) that could raise the state tens of millions of dollars from out-of-state direct marketers, the Dayton Daily News reported.


Ohio State Tax Commissioner Richard Levin ruled this month that the Maine-based outdoor retailer owed the tax from July 1, 2005 through March 31, 2009. The state adopted the CAT in 2005 as a levy on a company’s gross receipts, but maintains it is separate from a sales tax.

The outcome of the L.L. Bean case will determine whether the state can collect tens of millions of dollars in tax revenue annually from out-of-state direct marketing companies, the Dayton News reported. More than 100 companies from outside the state have appealed findings that they out the CAT tax. Levin maintains companies with annual taxable gross receipts of at least $500,000 has a “substantial nexus” in the state and must pay the tax.
It’s not clear whether L.L. Bean will repeal the ruling.