Ed Horner, a member of the Sporting Goods Industry Hall of Fame who served on the NSGA Board of Directors, passed away Aug. 23, in Tennessee. Horner was 91.

Horner worked in the Sporting Goods Industry for more than 60 years and in 1968 he founded All American, Inc., in Memphis. All American continues to be one of the most reputable and successful team dealers in the Southeast under the direction of his sons and co-owners Eddie, Ronnie and Tom.

“We are deeply saddened to learn of the passing of Ed Horner and we extend our sincerest condolences to his family,” said NSGA President and CEO Matt Carlson. “Ed Horner was a true icon in the Sporting Goods Industry. He was a loyal supporter of NSGA and he was always concerned about what was best for everyone in the Industry.”

Horner was elected to the Sporting Goods Industry Hall of Fame in 2000 and was a member of the NSGA Board from 1991-94. He spent 12 years as a salesman for the Memphis-based York Arms Co., and then he worked locally for Rawlings for nearly nine years before founding All American.

“I started on half a shoestring,” Horner said in a 1995 Memphis Business Journal story about All American’s beginnings.

All American grew to serve high schools within a 125-mile radius of Memphis, as well as nearly 20 colleges and junior colleges and some of Memphis’ professional teams.

Horner was a star high school football player in Tennessee and played for the University of Mississippi in 1942. After serving in the Army Air Corps from 1943-46, Horner returned to Ole Miss and became the head athletic equipment manager until his graduation in 1949. He was inducted into the Ole Miss Athletic Hall of Fame in 2006.

The Horner family requests that any memorials be made to Collierville United Methodist Church, Sanctuary on the Square Fund, 454 W. Poplar Ave., Collierville, TN 38017, or to a charity of the donor’s choice.

Oiselle Threatened with Legal Action by USATF Over Altered Photo 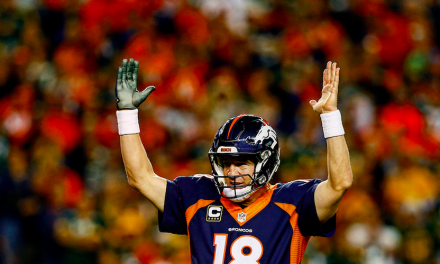