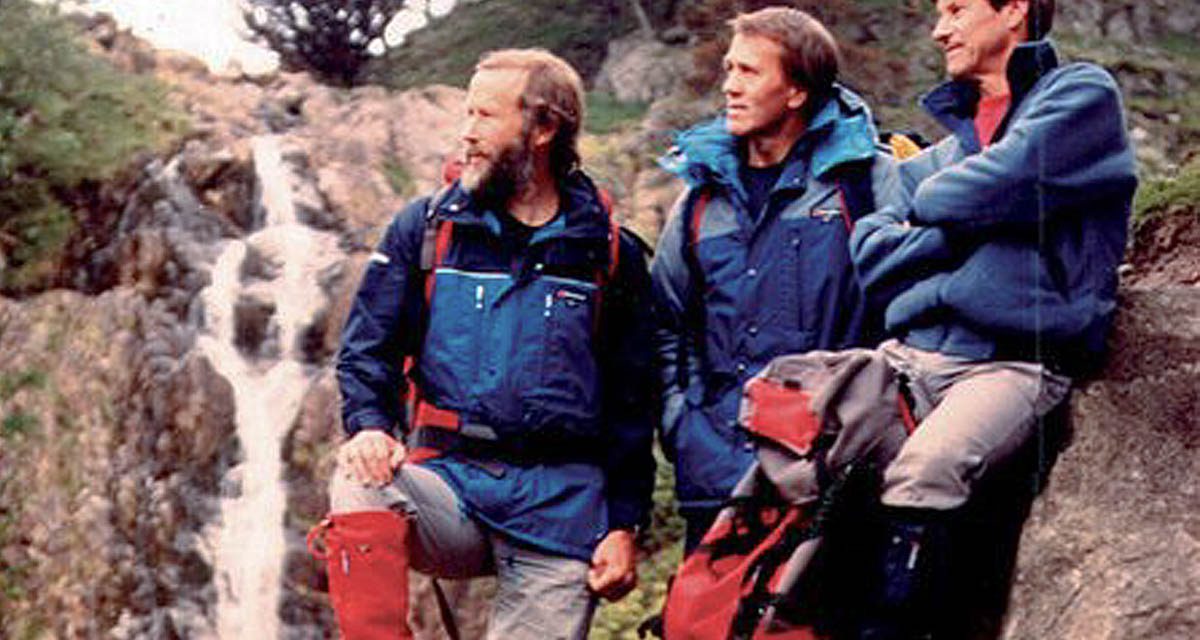 Gordon Davison, the co-founder of the British climbing and mountaineering brand, Berghaus, passed away at the age of 85.

Among the products Davison developed were the Cyclops internal-framed back system for large rucksacks, the earliest waterproof Gore-Tex and the Yeti gaiter, which became the benchmark for waterproof boot protection and is still used around the world today.

The company was presented the Queen’s Award for Export in 1988, by which time it was operating from a number of sites in the North East of England, with manufacturing and warehousing bases in the town of Washington, as well as a head office above LD Mountain Centre.

Davison and Lockey sold Berghaus to the Pentland Group in the 1990s.

A statement released by Davison’s family said: “Gordon died on 24th June, after having suffered a heart attack a couple of weeks before. Prior to that, he was fit and healthy.

“He was surrounded by his family and, despite the seriousness of his condition, he displayed a sense of humor and positivity, right to the end.

“The Davison family recognizes that Gordon impacted positively on the lives of many, and that their grief will be shared by many others but asks that their privacy is respected during their time of mourning.”

Berghaus also paid tribute to its co-founder, with brand director Kev McFadyen stating: “Gordon was a true pioneer of the outdoor industry. It was Gordon’s engineering brilliance and maverick spirit that led to the first ever Berghaus products being created above the LD Mountain Centre shop in Newcastle in late 1960s.

“Gordon led the entire industry in producing game-changing innovations that have since become industry standards around the globe, from rucksack construction to Yeti gaiters and the very first Gore-Tex jackets.

“Obsessed with product performance and with testing products out in the wilds, Gordon was not only an ingenious and creative problem solver, but he also empowered countless others to complete incredible feats of mountaineering and adventure.

“Together with Peter Lockey, he made an impact in the outdoor sector that still resonates today.

“He was enormously generous with his time and advice, and all at Berghaus are greatly saddened to hear of his passing.”

Davison’s family has asked not to be contacted by telephone or social media. Messages of condolence can be sent to pete@ldmountaincentre.com or by post to Peter and Susie Davison, c/o Karol Marketing, The Old Pub, East Quayside, Newcastle upon Tyne, NE6 1LR.