The Conservation Alliance applauded President Obama for designating 346,000 acres of federal land managed by the Angeles and San Bernardino National Forests a national monument on Friday.

The designation of the land as the San Gabriel Mountains National Monument protects 70-percent of Los Angeles Countys open space, and ensures that future generations will have the opportunity to enjoy its outdoor recreation amenities.

The Conservation Alliance had awarded two grants totaling $60,000 to the California Wilderness Coalition (CWC) to support the groups efforts to protect the San Gabriels. CWC worked closely with a coalition of conservation organizations to build local support for the protections.

The San Gabriel Mountains are the backyard open space for 15 million people who use the area for many forms of outdoor recreation, said John Sterling, Executive Director of The Conservation Alliance. By protecting the San Gabriels, President Obama leaves an important land legacy near one of our most populated urban areas.

Congresswoman Judy Chu introduced legislation in June to establish the San Gabriel National Recreation Area, but that bill has become stuck in a Congress incapable of moving most legislation, no matter how broadly supported. President Obama has demonstrated a willingness to designate national monuments to protect places where Congress fails to act.

Protecting places like the San Gabriel Mountains has strong support on the local level, said Sterling. The President is right to exercise his authority to preserve these places, and honor that local sentiment.

The Conservation Alliance is an organization of outdoor businesses whose collective contributions support grassroots environmental organizations and their efforts to protect wild places where outdoor enthusiasts recreate. Alliance funds have played a key role in protecting rivers, trails, wildlands and climbing areas.

Membership in the Alliance is open to companies representing all aspects of the outdoor industry, including manufacturers, retailers, publishers, mills and sales representatives. The result is a diverse group of businesses whose livelihood depends on protecting our natural environment.

Since its inception in 1989, the Alliance has contributed more than $14 million to grassroots conservation groups. Alliance funding has helped save more than 42 million acres of wildlands; protect 2,825 miles of rivers; stop or remove 26 dams; designate five marine reserves; and purchase nine climbing areas. 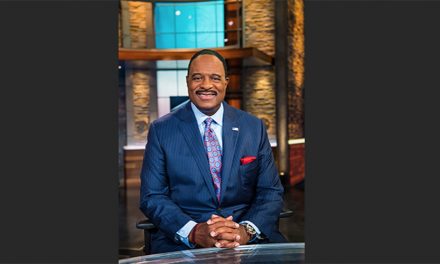 GenYouth Appoints James “JB” Brown To Board Of Directors