New York City's decision to ban metal bats in high school baseball games set off a firestorm in the sporting goods industry, once again stirring up the debate on whether metal bats have a higher “exit velocity” speed than wooden bats, consequently risking injury to young players given less time to react. But the ban also had many wondering about the supply, quality and safety of wooden bats; whether a national metal bat ban might ensue; and whether other equipment categories could be outlawed next.

Championed for several years by Councilman James Odd of Staten Island, the ban gained momentum after a teen in Montana died from a line drive off an aluminum bat. The ban affects 600 teams in five boroughs and over 9,600 players. It is estimated that as many as 9 out of every 10 amateur players use metal bats. Youth leagues and lawmakers are also proposing similar bans in other areas, including New Jersey, where a 12-year-old boy went into cardiac arrest and suffered serious injuries after a batted ball struck him in the chest. New York City Mayor Michael Bloomberg had vetoed the bat ban earlier in April, saying the issue should be left up to those who run the youth leagues, not the government, but the City Council overwhelmingly knocked down the veto by a vote of 41-4.

Opponents argue that there is no scientific evidence proving metal bats pose a greater danger than wooden bats, and that the anti-metal movement relies on emotional anecdotes over concrete data. In 2005, an American Legion Baseball study found no substantial scientific proof to support the argument that wooden bats are safer than metal bats.

In opposition, “Don't Take My Bat Away,” a group representing coaches, players, parents, bat makers and the SGMA, plans to file a lawsuit seeking to block the ban. SGMA President and CEO Tom Cove hopes the coalition can convince the NYC Council of the significance of enabling players, parents and coaches to make informed equipment decisions based on the safety guidelines and standards set forth by the sports governing bodies.

“Todays data show a much safer on-field environment for players,” says Cove. “Unfortunately, many state and local legislators havent yet had the opportunity to see or understand the numbers.” 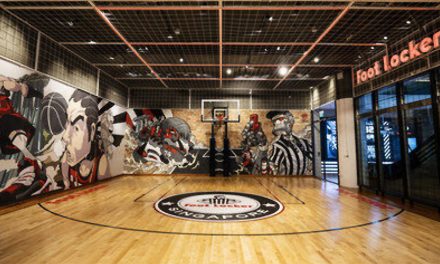