NSGA Makes Changes To Board Of Directors

Three changes to the National Sporting Goods Association (NSGA) Board of Directors were made which include the start of a three-year term as Chairman for Pat Donnelley (Donnelley Sports, Inc.). Greg Miller (Universal Athletic) was selected as treasurer/chairman-elect and Ron Rugal (B&R Sporting Goods) joined the Board. Their appointments went into effect on June 1. 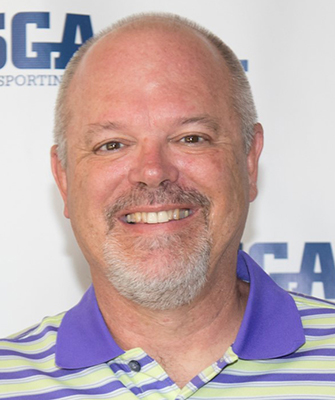 Donnelley takes over as NSGA Board Chairman for Cathy Pryor, shown right who resigned earlier this spring after leaving Hibbett Sports.

“Pat has been a major contributor to the NSGA Board, and we are grateful to have someone with his expertise and understanding of all areas of the sporting goods industry lead the board during such an uncertain time,” said Matt Carlson, NSGA president and CEO.

Donnelley is the owner/partner of Donnelley Sports, a team dealer which has been in business for 45 years and conducts business in Idaho and Nevada. He has been on the NSGA Board since 2014 and joined the NSGA Executive Committee as treasurer/chairman-elect last year.

“It is a great honor to help support NSGA and the sporting goods industry as NSGA Board Chairman,” Donnelley said. “Our family has been part of the NSGA family since 1976, so we know how valuable the support of the Association is to its members.

“I also understand the challenges our retail members face since we were involved in that side of the business for more than 40 years. I’m looking forward to continuing to work with a great group on the Board and Matt and his staff to tackle all of the challenges that are ahead of us.” 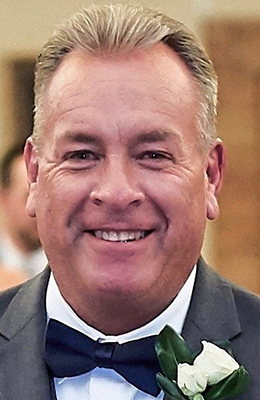 Rugal is the owner of B&R Sporting Goods, shown right, a family-owned business he started in 1984 in Clinton Township, Michigan. Rugal used his management experience in men’s clothing to grow a multimillion-dollar specialty hockey retailer with eight locations in Michigan and Illinois. Rugal’s son Austin has also been part of B&R for more than 10 years and is the VP with an active role in the daily operations and team and online sales.

“Ron’s enthusiasm and ideas, along with his perspective as a specialty hockey retailer with multiple locations, will make him a great addition to the NSGA Board,” Carlson said.

B&R also has a solid online presence, a strong emphasis on team sales and is part of the hockey collaboration between NSGA, its Hockey Dealers Association (HDA) division and the Sports Distributors of Canada (SDC).

“I am excited about this opportunity to work with the NSGA Board and help the sporting goods industry through such a challenging time,” Ron Rugal said. “We have ventured into a forever-changed retail environment, and I’m looking forward to sharing best practices and ideas that can benefit not only hockey retailers but all retailers in our industry.” 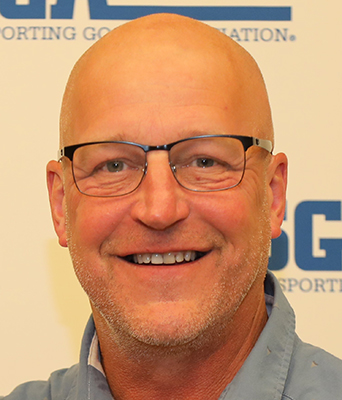 Miller joins Donnelley and Past Chairman David Labbe (Kittery Trading Post), shown right, on the NSGA Executive Committee. Miller has served on the Board since 2017 and is the President of Universal Athletic, a team dealer and retailer based out of Bozeman, Montana, which serves customers in the Western and Upper Midwestern United States with retail locations in 12 communities in six different states.

“Greg has been a great asset to the NSGA Board with the perspective he brings from leading a large retail and team operation spread out across such a wide area,” Carlson said. “His insight will help us advance retailer and dealer interests throughout the industry.”

Pryor had been on the NSGA Board since 2012, joined the Executive Committee in 2016 as treasurer/chair-elect and took over as chair in June 2019. She was also chair of the Sporting Goods Industry Hall of Fame Committee from 2015/17 and remains a contributing member of that committee.

“We appreciate Cathy’s dedication and service to NSGA to help make the Association and sporting goods industry better,” Carlson said. “We are glad to see she will be involved with the industry as president of Franklin Retail Solutions and we look forward to continuing our relationship with her.”

The New Sports Authority Looks More Like the Old Gart…