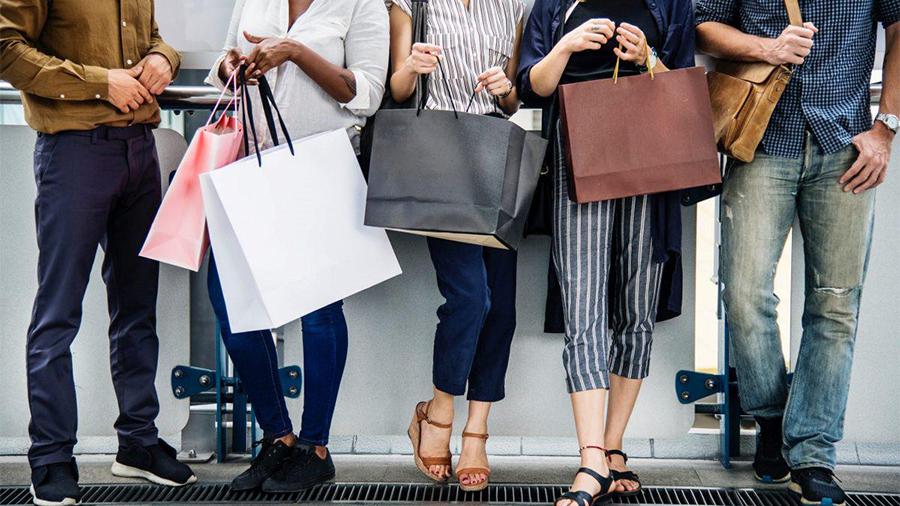 The U.S. economy’s growth rate is slowing, but consumers remain financially healthy and the nation is unlikely to enter into a recession during the remainder of 2022, National Retail Federation Chief Economist Jack Kleinhenz said.

“I am not betting on an official recession in the near term, but the most recent research pegs the risk over the next year as about one in three and it will be touch and go in 2023,” Kleinhenz said. “In the meantime, a contracting economy short of a recession is not out of the question.

“Regardless of the prospect of a downturn or whether it will meet the threshold of a recession, the consumer outlook over the next few months remains favorable,” Kleinhenz said. “The economy is moving away from extremely strong growth toward moderate growth, but increased income from employment gains, rising wages and more hours worked is expected to support household spending. Policy issues will likely be the deciding factor shaping the economic outlook this year and next.”

Kleinhenz’s remarks came in the July issue of NRF’s Monthly Economic Review, which said economic data is “softer than a few months ago” but “still signals further solid economic growth.”

Job openings and quit rates suggest that the labor market remains tight, payroll growth remains sturdy despite a slowdown in May, and the unemployment rate has remained at 3.6 percent – just above a 50-year low seen before the pandemic – for three months in a row, according to the report. A closely watched manufacturing survey from the Institute of Supply Management showed that suppliers’ deliveries had improved in May as demand, orders and order backlogs grew at an improved pace.
Retail sales as calculated by NRF, which exclude automobile dealers, gas stations and restaurants to focus on core retail, were expected to drop in May but remained unchanged from April and grew 6.7 percent year-over-year. Sales were up 7.3 percent for the first five months of the year compared with 2021. Overall household spending, beyond just retail sales, is expected to rise 9 percent next year for a new high.

As COVID-19 eases, consumers are rebalancing their spending and adjusting their shopping habits. Restaurant sales, which serve as a proxy for other service sectors like recreation and transportation that are on the upswing, were up 0.7 percent monthly in May and 17.5 percent year over year. Airline traffic is up, with the number of passengers screened at airports in the first half of June only 12.5 percent below June 2019.

The Federal Reserve is moving aggressively to control inflation by raising interest rates to cool demand without stalling the economy.

“It is not going to be easy,” the report quoted Chairman Jerome Powell as saying. “We are not trying to induce a recession.” The central bank increased the benchmark federal funds rate by three-quarters of a percentage point in June to a range between 1.5 and 1.75 percent. That was the largest increase since 1994, and the Fed expects the rate to hit 3.4 percent by the end of the year and 3.8 percent by the end of 2023.