NRF’s monthly magazine, Stores, published its Hot 100 Retailers list, sponsored by Alliance Data, which highlights the retail companies that reported the greatest year-over-year revenue percentage growth. All public companies with more than $100 million in sales were eligible for the list, which provides a definitive ranking of the nations fastest-growing companies. This is the first year the list has been compiled.

“Revenue is frequently a reliable gauge of customer support, while profit is an indicator of how well the store is run,” said STORES Publisher and NRF Vice President Rick Gallagher. “Investors will tell you that smaller companies often have greater potential for growth, and that is certainly reflected throughout the Hot 100. We think the list represents a fresh approach to identifying the retail companies to watch.”

While all retailers on the list showed impressive gains over the past year, growth was achieved in many different ways. Three of the top five retailers expanded through acquisitions. Video game and entertainment software giant GameStop, which tops the list with an impressive 67.8 percent sales increase, grew largely from its 2005 acquisition of competitor EB Games. The Childrens Place, third on the list, purchased the Disney Store in 2004 and has seen a substantial 44.2 percent increase in year-over-year revenues. One of the most familiar retailers in the nation, No. 4 Federated Department Stores, snagged its high position through the purchase of May Department Stores.

Other retailers found that substantial growth could be achieved by tweaking their marketing strategy. After a lackluster performance in 2004, Abercrombie & Fitch successfully integrated sexy and edgy marketing campaigns last year to boost its customer base, sales and unit growth, landing it the No. 5 spot with a 37.8 percent sales gain. bebe Stores saw increases after shifting its focus from teens to an older, more style-conscious age group. As a result, sales soared and bebe secured the sixth spot with 36.9 percent year-over-year revenue gains.

Companies have also experienced growth by expanding the number of channels in which they do business. By developing from a catalog merchant to a retailer with an Internet and store presence, No. 7 Coldwater Creek grew 33.5 percent in 2005 and plans to add 65 more units this year.

Then again, a handful of the Hot 100 Retailers do not have stores at all. Despite reporting nearly $29 million in losses last year, Overstock.com secured the No. 2 spot on the list with a 62.5 percent sales gain. Additionally, No. 20 Amazon.com and No. 40 QVC made the list as non-store retailers with year-over-year growth of 22.7 percent and 14.3 percent, respectively.

“Alliance Data recognizes the importance growth plays in the retail industry and is proud to sponsor this years new list with its emphasis on growth,” said Ivan Szeftel, President of Retail Services for Alliance Data. “These retailers have grown by knowing their customers, leveraging technology, and delivering exactly what their customers want. As a provider of integrated card and database services for a number of retailers on this list, we understand the challenges retailers face to continue to grow year after year. The retailers on this list have shown innovation and persistence in meeting this challenge. Congratulations to this years Hot 100 Retailers on your achievement.” 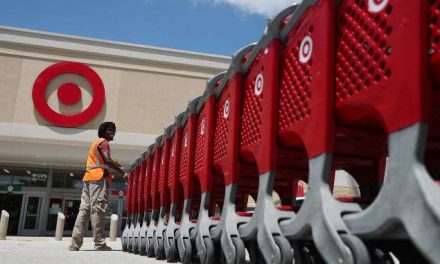