According to a release submitted by the National Rifle Association, Congress has jumped into the topic of Mexican border violence with both feet, having held 10 different Subcommittee and Full Committee hearings on the topic, with more coming. The NRA says it has also become clear that anti-gun politicians and groups are intent on using this issue to advance new gun laws.

In the Senate Judiciary Subcommittee on Drugs and Crime, Sen. Dianne Feinstein renewed her attacks on gun owners rights. During her remarks, she stated that there are over 2,000 guns smuggled into Mexico from the U.S. each day. But when she tried to elicit support for that number from a representative from the BATFE, the NRA said he he responded that the number was much lower.

Feinstein also repeated the claim that 90% of seized guns are from American sources. In fact, the NRA say it is unknown where most of the arms possessed by the cartels originate. According to the BATFE, 90% of the firearms traced are from American sources, but BATFE only traces 25% of the guns seized by Mexican authorities. The remaining 75% of guns seized along with all the firearms remaining in the hands of the cartels are of unknown origin.

Secretary of State Hillary Clinton has also entered the debate, traveling to Mexico and taking the opportunity to blame American gun laws. She called for a renewal of the semi-auto ban, and even trumpeted the bans illusory impact: “And theres no doubt in my mind that the 10 years we had an assault weapons ban in America was one of the tools that helped to drive down the crime rate.”

In a development that will not please the gun ban crowd, the NRA reports that the leader of the Border Patrol Union, T.J. Bonner, said he was “underwhelmed” by Homeland Security Secretary Janet Napolitanos plans to secure the border and went on to debunk the idea that Mexican violence is caused by American guns: “The U.S. has more weapons but we dont have that kind of violence in our streets,” he said.

The NRA called the focus on gun laws a “calculated attack on our Second Amendment rights” and added the American gun owners know that that the real solution to the border violence is to actually secure the border. 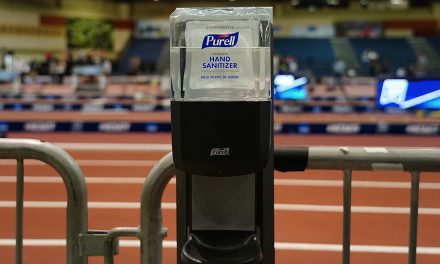