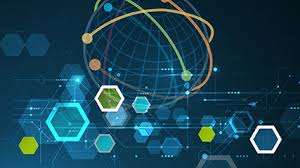 The second quarter of 2020 saw healthy gains in categories associated with learning and working from home, as consumers across the U.S. outfitted their home offices with the equipment needed to maintain productivity. Gains in home entertainment categories were notable as well, as consumers looked for ways to fill time while at home for an extended period. High growth categories included: notebook computers (+45 percent), tablets (37 percent), monitors (+84 percent), printers (+59 percent), and keyboards and mice (62 percent).

“Sales of items we need to get through the school or workday took priority in the first half of this year, but as we head into Q4 and the holidays we expect many of these ‘needs’ will have been satisfied and consumers will begin to purchase items they consider to be ‘wants’ or gifts for the holiday season, such as TVs and noise-canceling headphones,” said Ben Arnold, executive director, industry analyst for The NPD Group.

But while the tech gear on consumers Q4 shopping lists may not be much different than the typical holiday season, the way they shop for those products may differ due to social distancing requirements. According to NPD Checkout data, in Q2 e-commerce represented 69 percent of consumer technology sales, up from 48 percent during the same time last year, and that number is expected to remain above 60 percent moving forward. Additionally, BOPUS (buy online and pick up in-store) purchases accounted for approximately a quarter of online technology sales in Q2, as consumers shifted to new ways of purchasing accelerated by COVID-19.

“Black Friday lines won’t disappear but we expect lines of consumers waiting for store openings will be replaced by long queues of cars eagerly waiting for Buy Online, Pickup Curbside purchases to be placed in their vehicle,” said Stephen Baker, vice president, industry advisor for The NPD Group. “As we head into Q4 and into 2021, we’re forecasting technology sales will remain strong as the pandemic has renewed recognition of the critical value of technology in the modern lifestyle, sped-up product upgrade cycles and created larger installed bases that will benefit the industry moving forward.”

New Sales VP to Take Gibbon Slacklines to the Masses