Media coverage of Rhode Islands recent 100-year flood over the weekend has obscured a more important weather story for New Englands outdoor retailers. While last month went down as the fifth wettest in 18 years in the Northeast, it also went down as the warmest during that period, according to Weather Trends International.

Temperatures averaged 3.8 degrees above last year in the Northeast last month and outdoor retailers say that is driving traffic into their stores much earlier.  Moreover, while flooding was reported from southern New Hampshire to the Connecticut shore, severe flooding was limited largely to Rhode Island.

The flooding had minimal impact on sales at Eastern Mountain Sports, which operates about half its 64 stores in New England.

Last march in 2009 we had our best boat year for the month of March, said EMS President and CEO Will Manzer when reached Thursday. This year we comped over that. The kayak business is off the wall. Its going to be 90 degrees in New England today.

Manzer described the flooding as a non-event in terms of its impact on EMS sales. While flood waters engulfed the 70-store Warwick Mall, neither EMS nor REI closed their stores in Cranston, RI just four miles north.

On Wednesday, the mercury reached 91° at The Kayak Centre of Rhode Islands store in Wickford, just 13 miles south of the devastation in Warwick. GM Jake Constable said that while flooding was on peoples mind, they still showed up for a lecture on coastal navigation April 2. Early season foot traffic remained above its level a year earlier. The shops e-commerce sales were also trending up.

Constable said once people buy into the paddlesports lifestyle they quickly learn that its a wet sport. Rain does not keep them from enjoying their investment. Moreover, people book their lessons at the companys school months in advance. As a result, sales actually rose at the company last summer, which will be remembered by many New Englanders as one of the wettest, coldest and most miserable in years.

Constable said in New England its foolish to scapegoat what Mark Twain called the bullying vagaries of the weather for poor sales.

The B.O.S.S. Report could not find many retailers affected by the flooding. In Southwick, MA, unseasonably warm weather had led to a 25% increase in traffic and sales at New England Bicycle, according to company President Seth James. It’s pretty much across the board, he said of the companys sales of Cannondale, Kona, Specialized and Yeti bikes. The warm weather brought people in sooner than last year.

In southern New Hampshire, none of Sams Outdoor Outfitters three stores were affected by flooding, said owner Stan Borofsky. Our volume seems to be better than last year because weve gotten rid of snow sooner, he said.

Borofsky is more concerned about being squeezed by rising health care costs on one side and falling retail prices on the other.

Margins are up, but overall costs are much higher because of health insurance and freight issues, he said. Our retail business has been affected by imports to a great degree. Prices are coming down and when prices come down you have to sell 25% more product to make the same profit. When the economy comes back retailers will see heavier volume, but at this point we are facing more expenses and less profit.

Still, he noted that early kayak sales are pointing to growth over last year.

North Cove Outfitters in Old Saybrook, CT was the only retailer reached by B.O.S.S. that was directly affected by flooding. Pumps have been working since March 30 to remove rising groundwater from the stores basement, where it houses offices and about 6,000-square-feet of retail space, said co-owner Norm Cavallaro. The store never lost electricity so employees have been sitting at their desks in about an inch of water in the basement. Sheet rock and carpeting will have to be replaced.

The flooding is greatly complicating preparation for the retailers paddle demo day in the first weekend of May. For the first time in 14 years North Cove Outfitters is going to hold the event at the store rather than at a remote location on the water. The company had planned on storing accessories downstairs and using a tent on an adjacent 1.5-acre lot it owns for seminars and hundreds of boats in brings in for the sale. Now Cavallaro is not sure how to accommodate all the gear.

North Cove decided to abandon the on-water demo model last year after two days of rain washed out the event, which required tremendous logistical support from vendors and store personnel.

It takes a year to plan and the reps are always busy and if you get bad weather that weekend you are screwed, said Cavallaro. So we will take it off water this year for first time in 14 years. We wont know if its a good decision until after that weekend. 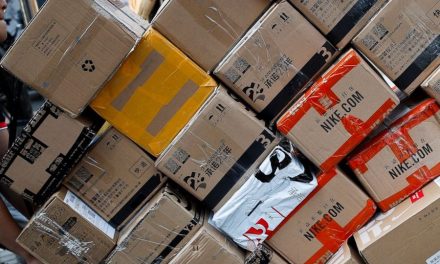