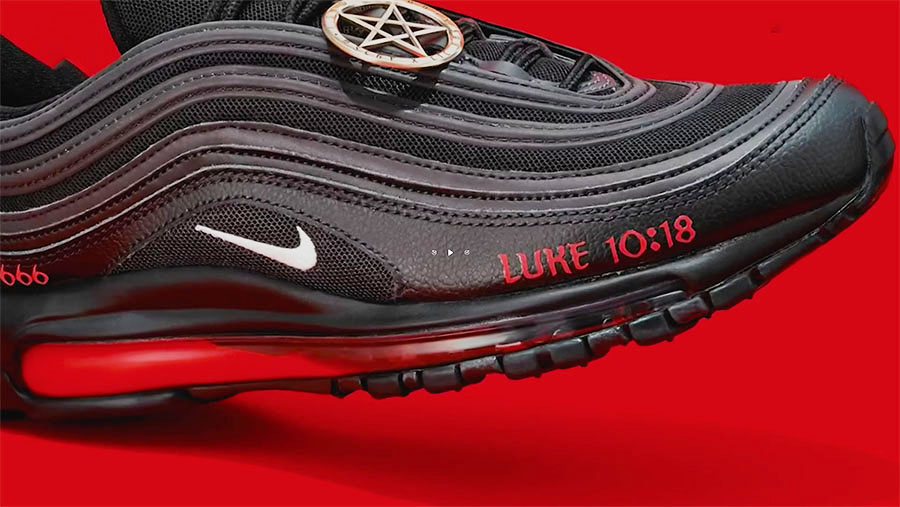 U.S. District Judge Eric Komitee in Brooklyn ruled in favor of Nike three days after the sporting goods giant sued MSCHF Product Studio over MSCHF’s “Satan Shoes.” The modified Nike Air Max 97 sneakers were made in collaboration with rapper Lil Nas X and were purported to contain one drop of human blood in the midsoles.

Only 666 pairs, costing $1,018 each, were made, and they sold out within minutes—the restraining order prohibiting MSCHF from fulfilling any orders for the modified Air Max 97 shoes.

Nike’s lawyers had claimed “even’ sneakerheads’ were confused by MSCHF’s shoes,” and MSCHF had a “history” of shipping infringing shoes faster than courts could stop it.

MSCHF’s lawyers had argued that Satan Shoes were “not typical sneakers, but rather individually-numbered works of art.” MSCHF had come out with “Jesus Shoes” based on the same Nike model in 2019.

“MSCHF strongly believes in the freedom of expression,” MSCHF said in a statement. “We look forward to working with Nike and the court to resolve this case in the most expeditious manner.”