Nike celebrated the completion of the new community Football Training Center in Soweto, South Africa. The center will give 20,000 young footballers a year the chance to develop their football talent while also having access to HIV/AIDS education through football life skills programming.

“Nike has always understood the power of sport to inspire change and to make a difference in people's lives,” said Mark Parker, NIKE, Inc., President and CEO.  “The Football Training Center will create a lasting legacy for the Soweto community and inspire the next generation of footballers by delivering premium football clinics combined with life skills programming to give young people the knowledge they need to live HIV free.”

South African government ministers were joined by community and business leaders, along with professional athletes, to support the unveiling of the Football Training Center.

“The City of Johannesburg has always said that government working alone and in isolation will not be able to effectively address the complex challenges that face our society. To succeed, we need a partnership across all spheres of government, amongst and with civil society organizations, business as well as communities,” said City of Johannesburg Executive Mayor Counsellor Amos Masondo.

“The City of Johannesburg is proud to have played a part in creating this world class Football Training Center. This facility will bring people together through community-based football programs and provide inspiration to thousands of young footballers who aspire to play for their country,” he said.

Former South African National team player Shaun Bartlett added: “The power that this football training program will have on the future footballers of South Africa can't be underestimated. It will help players develop their game and become more disciplined on and off field. Our ultimate aim is to see kids from this program succeed at every level of the game.”

The center is part of Nike's commitment to the communities of South Africa which dates back 15 years. It also follows Nike's recent partnership with (RED) to leverage the power of sport to fight HIV/AIDS in Africa through the Lace Up, Save Lives campaign. When someone buys a pair of (NIKE)RED laces, Nike contributes money to support programs that offer education and medication on the ground in Africa and that harness the power of sport to engage youth around the world in the fight against AIDS.

The first round of (NIKE)RED grant recipients, receiving money from the initial six months of fundraising, were announced today at the Football Training Center. Twenty six community-based football programs, across 16 African countries will share $450,000 in grants to further their programming to educate youth on HIV/AIDS prevention through the lens of sport.

“HIV/AIDS continues to be a critical health issue in South Africa and we value the benefit that public / private partnerships bring to helping fight this disease,” said Dr Aaron Motsoaledi, Minister of Health South Africa. “Nike's approach to combine football, education and medication is a powerful example of how sport can be used as a catalyst, enabling youth to make informed decisions and hopefully live a life free of HIV.”

Nike has invested in HIV/AIDS prevention programs in Africa and globally for several years, and will continue to engage with its existing community non-profit partners to use football and sport as a tool for development throughout the country. 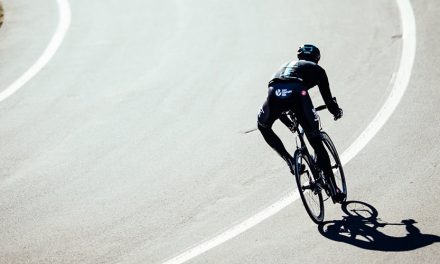