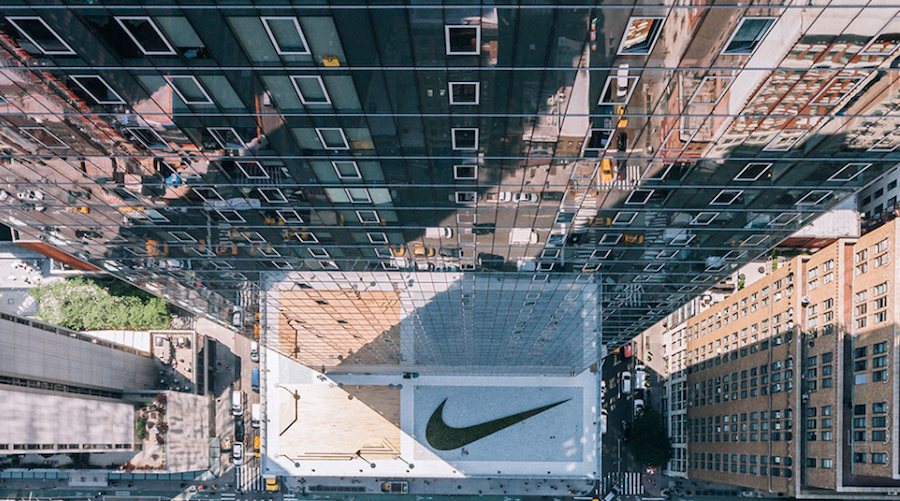 Nike unveiled its New York headquarters that will serve as the company’s hub for New York City and the Eastern United States. Covering 150,000 square feet, the “NYHQ” building will encompass six floors at 855 Avenue of the Americas, with conference rooms, a rooftop garden in the shape of a Swoosh, a design studio and a 4,000-square-foot, 400-seat NBA-sized basketball court, which it will open to local leagues, high school teams and Nike staff,

“The interior of Nike NYHQ has been designed to facilitate creativity and collaboration through open-plan, freestyle work spaces. Meeting areas include a VW van — a tribute to the original van from which Bill Bowerman and Jeff Johnson would distribute Nike shoes at track meets in the company’s early days,” said Nike in a statement. “Several conference rooms feature custom ceiling tiles, designed by Miniwiz, which are also made from recycled materials. A roof terrace (complete with plants in the shape of the NIke swoosh), allows for open-air meetings and relaxation, and food is served from a food truck housed in the building.”