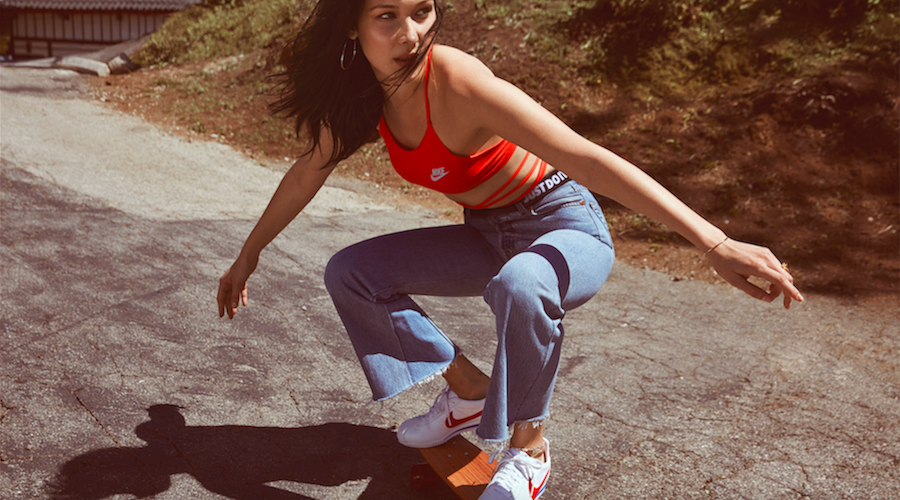 In a new ad from Nike celebrating the 45th anniversary of the Cortez, supermodel Bella Hadid updates the the iconic Farrah Fawcett ’70s style riding a skateboard in a pair of red and white Cortez.

Celebrating the 45th anniversary of the introduction of the Cortez sneaker, Nike tapped supermodel Bella Hadid to star in a new campaign where she channels who else but icon Farrah Fawcett.

In 1977, Fawcett famously wore a pair while skateboarding during a photo shoot on the set of “Charlie’s Angeles,” which led to skyrocketing sales of the shoes among women. For Hadid’s shoot, Nike updated the the iconic image. Hadid wears a lace-up sports bra paired with bell-bottoms, with a Nike waistband peeking out. Fawcett’s photo featured the actress with her signature feathered hair and a long-sleeve top with bell-bottoms.

Designed by Nike Co-Founder Bill Bowerman, the Cortez was released to coincide with the 1972 Munich Olympics and was Nike’s first significant track shoe. A mid-sole cushioning system sandwiches a layer of harder sponge rubber between two layers of soft sponge rubber for advanced shock absorp 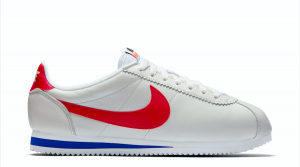 tion at the heel.

The first women’s version of the shoe, the Senorita Cortez, was released in 1974. Long a Hollywood and hip-hop style favorite, the Cortez was worn by Tom Hanks in the Oscar best picture winner Forrest Gump, and name-checked by Kendrick Lamar in his verse on Big Sean’s track “Control.”

Available June 1, Nike will release the OG Cortez in the red, white, and blue, colorway for $90 on nike.com. Throughout the summer new colors and fabrics will also be released.

Nike reached out to a few fashion tastemakers to get their take on the Cortez: 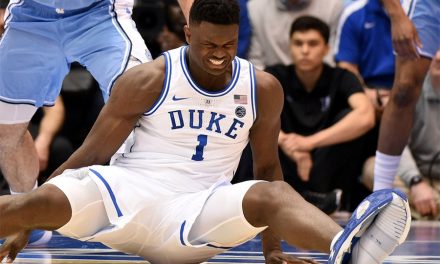 Zion Blows Up The Internet 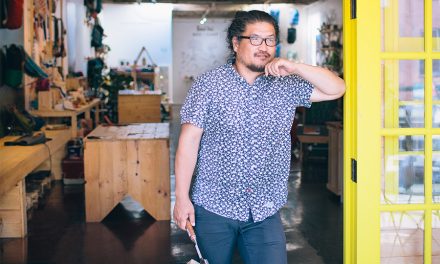