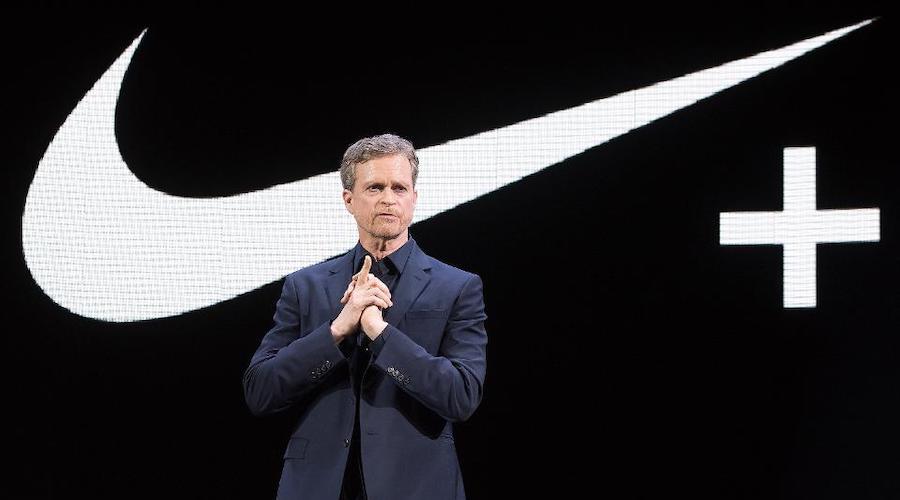 Mark Parker isn’t exactly riding off into the sunset with his pending retirement from Nike Inc.’s top post—he will, after all, stay on the board and assume the title of executive chairman. But Thursday afternoon served as a swan song of sorts for the longtime leader.

Nike’s chairman, president and CEO ran his final quarterly earnings call, and before he delivered the good news of a Q2 earnings and revenue beat, he reflected on his 40 years with the footwear and apparel giant.

His official last day with Nike is January 13. That’s when he passes the baton to John Donahoe. So Parker took some time Thursday to reassure the Street that the succession process has been smooth and that the company is in good hands.

“This has been a very thoughtful transition that has been planned for many months,” Parker told analysts on the earnings conference call. “I strongly believe the best time to make change is from a position of strength. And our brand and our business are as strong as they’ve ever been. We’re focused, we’re competitive, and we’re creating a future of our own design. Most of all, the time is right because of the team we have at Nike, and of course, John Donahoe himself.

Parker has been CEO since 2006 and chairman, president and CEO since 2016. As he transitions to executive chairman while continuing to lead the board of directors, he’ll also work closely with Donahoe and the senior management team.

“I can’t say enough about the incredible people I get to work with every single day,” Parker said. “With their expertise, their commitment and their enthusiasm for the business, the entire Nike team has been fueling our current momentum. And because of the depth and the quality of the leadership team we have at Nike, the transition with John will be seamless.”

Donahoe joins Nike from ServiceNow Inc., where he was president and CEO and also served on its board of directors. He also is chairman of PayPal Holdings, Inc. From 2008 through 2015, he was president and CEO of eBay, Inc. and previously was the CEO and worldwide managing director of Bain & Co. from 1999 to 2005 and a managing director from 1992 to 1999.

He has served on Nike’s board for the past five years, including active involvement over the past two years to further Nike’s digital transformation. He also worked with Nike at Bain.

“As for John, his proven experience in leading global strategy, digital commerce and enterprise technology will be invaluable as we continue our digital transformation,” Parker said. “And his passion for sport, his commitment to developing teams and talent, and his growth mindset will make him a great Nike CEO. John will help elevate Nike to the next level and accelerate our strategic transformation. I look forward to working with him even more closely.”

What’s Parker’s legacy? It’s complicated, as it often is when a long-tenured CEO of an industry leader as large as Nike bids farewell. And Parker’s time with Nike dates back even further, to 1979 when he joined Nike as a footwear designer.

He wound up driving the brand’s creative and innovative product pipeline, including posts as VP of global footwear and president of the Nike Brand before assuming the CEO role in January 2006.

Parker’s reign as CEO will likely be best-remembered for helping Nike triple sales from $15 billion in fiscal 2006 to about $42 billion expected for the fiscal year ended April 2020. Since his appointment in January 2006 and as of October, when he announced his departure, Nike’s shares returned 1,004.3 percent versus the S&P 500 gain of 137.1 percent, according to Guggenheim Securities.

But controversy also swirled around Nike under Parker, especially during his final two years at the helm, most notably concerns about the company’s workplace culture.

In the spring of 2018, accusations of workplace harassment led to a host of high-profile executive departures, including the president of Nike Brand, Trevor Edwards, and widespread calls for a cultural change.

Parker eventually apologized, saying “While many of us feel like we’re treated with respect at Nike, that wasn’t the case in all teams. And if all of our teammates don’t see the same opportunities, we just can’t accept that.”

Nike on October 11 announced that the Nike Oregon Project would be shut down and subsequently assured the media and analysts that the CEO change—announced just a couple of weeks later—wasn’t triggered by the Oregon Project issue.

In Parker’s new role at Nike, he is expected to remain active in product development, design, innovation, and marketing. His continued involvement is expected to support a smooth transition for the new CEO and his skillset is seen complementing Donahoe’s digital acumen.

Sam Poser of Susquehanna Financial Group LLLP wrote in a note to investors that the CEO transition to Donahoe from Parker is evidence that Nike will continue to prioritize its evolving digital business.

“Nike continues to become a more digital-centric company, as evidenced by Mark Parker’s decision to hand over the CEO reins to John Donahoe in January 2020,” he wrote. “We believe Mr. Parker and the Nike board were prescient enough to recognize that digital will drive the future, and that someone with a strong consumer-facing digital background, knowledge of, and ongoing engagement with Nike was needed. As the former CEO of eBay and ServiceNow, Mr. Donahoe is well equipped to lead Nike’s evolution into a digital-first company. Importantly, Mr. Donahoe has served on Nike’s board of directors since 2014 and thus has a familiarity with the Nike culture. Further, Mr. Parker has committed to stay at Nike at least through 2021 and work closely with Mr. Donahoe to ensure a smooth transition.”

In addition to digital, Parker has adeptly handled Nike’s consumer direct offense strategy, which ramped up in 2019 the goal of achieving “2X innovation, 2X direct and 2X speed,” Jonathan Komp of Baird wrote in a note to investors.

“In our opinion, many of the current strategies and actions (including recent global restructuring, focus on key cities, editing of global SKU counts) have parallels to strategies enacted in 2009 which we believe ultimately led to the start of a strong multi-year run for Nike (also under the direction of current CEO Mark Parker),” he wrote. “We also believe the company’s strategy of pursuing greater direct-to-consumer sales represents an attractive means to extend the reach of the brand (with Nike directly controlling the brand presentation to consumers) that can provide attractive ROI. Note that Nike’s direct-to-consumer business has reached 30 percent-plus of global revenue but has accounted for ~50 percent of incremental growth with outsized growth driven by rapid unit expansion for company-owned stores, healthy same-store sales increases, and rapid growth for the Nike.com e-commerce which is Nike’s most profitable channel.” 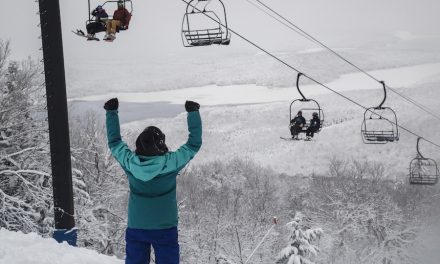