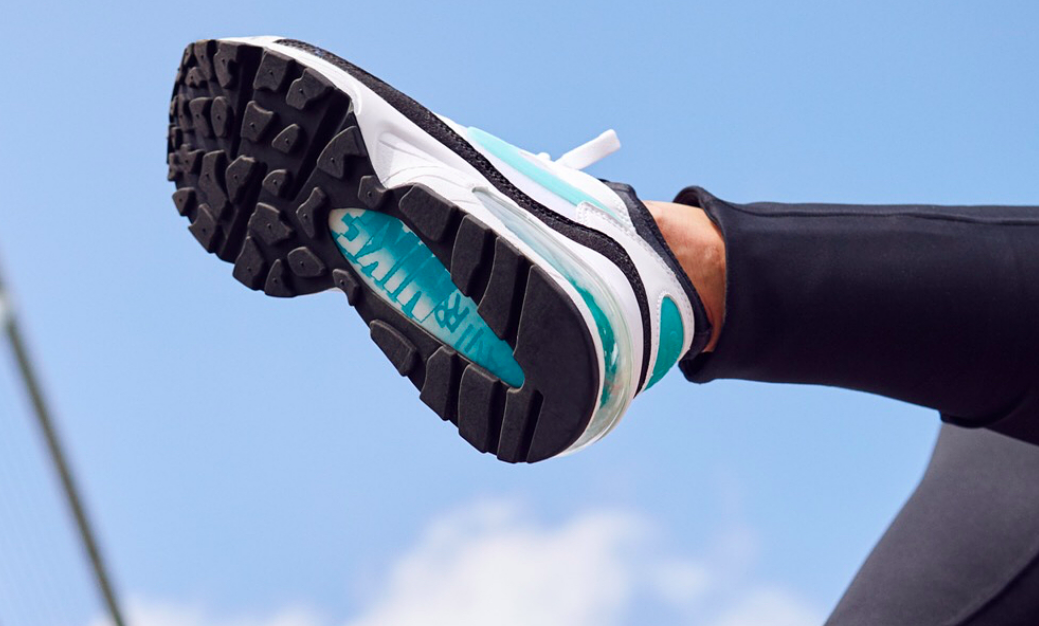 Nike was upgraded to “Buy” from Canaccord Genuity, while Foot Locker was upgraded to “Outperform” by Wells Fargo. Both upgrades were tied to successful recent launches and bright prospects for future ones from Nike.

In a note to clients, Canaccord Genuity analyst Camilo Lyon wrote about Nike, “After two years of a soft product cycle that led to increased inventory levels, higher discounting, margin compression and market share declines, NKE has regained its footing and is solidly marching back to top form.”

The analyst wrote that Nike’s “Triple Double” strategy has resulted in a “flurry of new innovations” marked by the Vapor Max, as well as a number of high-profile collaborations with Virgil Abloh, Anna Wintour, Kendrick Lamar and Supreme. The brand has increased its focus on the consumer experience through its SNKRS app, NikePlus membership, and other in store/online consumer-centric initiatives. Investments in speed initiatives such as Express Lane are expected to drive positive gross margin gains in the longer term.

The analyst also pointed to signs of a recovery for growth at Jordan, an acceleration of growth expected for Nike Brand in both the North America region and DTC in fiscal 2019, and improving gross margins expected in the years ahead.

Lyon further remarked that Nike’s controversial“Just Do It” anniversary campaign with Colin Kaepernick was “a stroke of genius” that accomplished four positive outcomes.

Lyon wrote, “First, it struck an emotional chord with people that incited a conversation, much as it was intended. Second, it was courageous in that NKE took a stand in support of a social issue where few (if any) companies have of late. Third, it spoke to NKE’s core consumers in a very NKE-esque provocative way that shows it understands them and the issues that matter to them. Fourth, it strengthened the ties with its sponsor athletes by showing them that NKE stands by them. To us, this premeditated move was another subtle but significant sign of NKE’s strength and confidence in its position in the marketplace, one that likely does more good than harm.”

On Monday, Wells Fargo upgraded Foot Locker to “Outperform” due to improving product from Nike, “an alleviation of the Jordan-brand headwind,” as well as some improving trends in Europe as slow-moving Adidas retro product has been cleared during the second quarter.

Wells Fargo’s lead analyst on the stock, Tom Nikic, wrote in a note that he expects Foot Locker’s comps, which inched up 0.5 percent in the second quarter, to climb about 2 percent in the third quarter and 3 percent the fourth quarter and then accelerate to see growth in the range of 3 to 4 percent over the subsequent 12-24 months due to improved Nike offerings.

Underscoring Foot Locker’s close ties to Nike, the analyst noted that Foot Locker’s struggles over the past 18 months coincided with a significant deceleration of growth at Nike.com–“demonstrating that FL’s issues were product-related, not channel- related (which bodes well now that product is improving).”

Although the note included bullish sentiments on Nike’s growth prospects, Nikic wrote that Nike’s shares are trading at near three times Foot Locker’s multiple as investors have “already priced” in Nike’s turnaround. The lower multiple for Foot Locker reflects a “significant amount of skepticism” that Nike’s shift to away from “undifferentiated” wholesale partners toward “differentiated” channels will largely benefit Nike’s DTC channel.

Nikic spent much of the report detailing how he expects Nike’s shift from undifferentiated to differentiated wholesale will benefit Foot Locker. He noted that Foot Locker has already been loudly called out by Nike as one of the 40 “strategic partners” at the wholesale level that Nike is looking to build its brand around. That commitment is also shown by numerous in-store initiatives between Nike and Foot Locker as well as the number of exclusives received by Foot Locker.

Nikic also believes Nike understands that Foot Locker “caters to a very specific customer: one who is young, urban, fashion-forward and a ””sneakerhead’,” and Foot Locker’s ability to reach this consumer remains critical to Nike’s customer/product segmentation efforts.

Also addressing Kaepernick controversy, Nikic wrote that Wells Fargo doesn’t expect the campaign to affect Foot Locker’s younger, urban, core demographic with many possibly supporting the former quarterback. Nikic added, “We also believe that NKE is very thoughtful about their marketing, so we doubt that they would run a predictably-controversial ad campaign without carefully contemplating the net effect on the brand.”