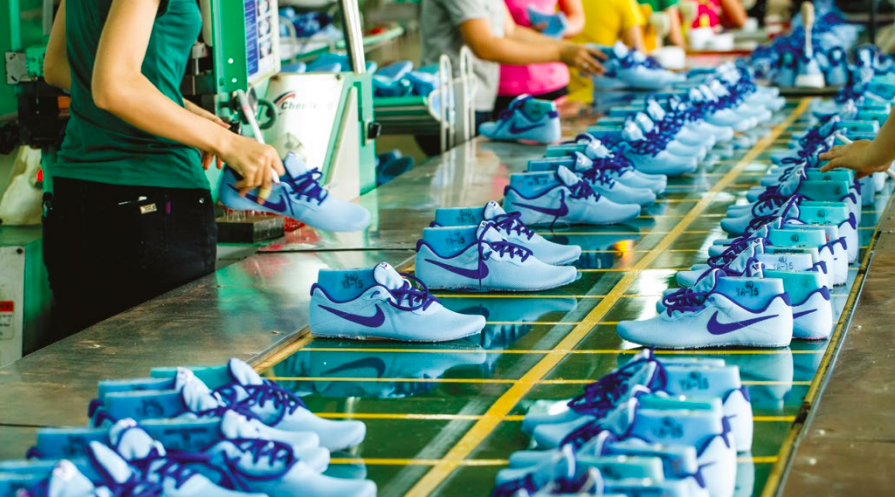 In its just-released FY16/17 Sustainable Business Report, Nike Inc. stated that leadership representation for women globally and underrepresented minorities (URM) in the U.S. “have not evolved as fast as we would have liked” since the company’s last sustainability report arrived in 2016. The report also lists an extensive number of steps Nike is taking to improve diversity and inclusion efforts.

The report addressed the accusations of workplace harassment first announced in March that has led to a host of high-profile executive departures and calls within the company for a cultural change. While the 73-page report covered a wide range of sustainability issues, Mark Parker, CEO, called out the cultural transformation being addressed inside the company in a letter accompanying the report.

Parker wrote, “With more determination than ever, we’re creating a company culture where everyone has an opportunity to play an important role and be successful. We’re measuring ourselves against three areas: diverse representation and an inclusive community that embraces it, comprehensive, equitable pay and benefits and employee development and wellbeing.”

As reported in the press and noted in the report, Nike has launched an overall review of its HR systems and practices, elevated internal confidential complaint processes, and added a number of training programs to support its diversity and inclusion goals.

Nike’s sustainability report noted that the company in 2018 “elevated the Diversity team to sit at the heart of Nike’s People and Culture Strategy.” As noted in the report, part of that involved the appointment of Kellie Leonard as the company’s first-ever chief diversity and inclusion officer.

Additional funding is also being reserved for mentoring, training and development. The report detailed an extensive list of initiatives “designed to further accelerate our culture and prioritize our people” that will roll out in the remainder of FY18 and FY19.

The initiatives include, by timeline:

Nike noted in the report that URM can only track the U.S. at this point, although a priority is to increase URM representation globally. Also pointed out was that while the focus is on increasing representation of women and URM in the near term, Nike will continue to expand representation across other dimensions over the long term.

Nike wrote, “We remain deeply committed to not only improving diversity across Nike, particularly at the leadership level, but also evolving our culture and making Nike an environment focused on respect, equality, inclusion and empowerment. We want Nike to be a place where everyone has the opportunity to be successful.”

The FY16/17 Sustainability Report found that Nike is making some some progress in diversity while underscoring the under-representation of women and minorities.

Nike’s FY17 data show that for every $1 earned by men, women globally earned 99.9 cents, and for every $1 earned by white employees in the U.S., URM also earned $1. Nike noted that in August 2016, the company signed the White House Equal Pay Pledge, publicly declaring its commitment to review pay and promotion practices annually, and to ensure that women and men who undertake the same work at the same level are equitably compensated.

The report, however, also included an U.K. Gender Pay Gap Report that showed gender pay issues around both salary and bonuses among the company’s wholesale and retail workforce in the U.K.. The U.K. Gender Pay was disclosed to Nike employees in early April by Nike’s HR team to illustrate the challenges the company has been facing in hiring and promoting.

The report also detailed Nike’s progress in minimizing the company’s environmental footprint and transforming the company’s manufacturing base. A major step in Nike’s last fiscal year was the signing of  power purchase agreements that will allow Nike to source 100 percent renewable energy in North America in 2019, putting the company halfway toward reaching the company’s worldwide goal by 2025.