This past week brought even more tumult to the deteriorating trade relationship between the U.S. and China, with both countries further digging in their heels by increasing tariffs on a host of new products.

President Trump said Tuesday that a fourth tranche—or List 4—of Chinese imports totaling $300 billion, and which weren’t on any of the previous lists, would face a 25 percent tariff. This latest escalation of the trade war with China comes a week after President Trump announced a tariff increase to 25 percent from 10 percent on $200 billion worth of Chinese imports announced last fall.

President Xi Jinping had retaliated to that move by raising tariffs on more than 5,000 U.S. products with rates ranging from 5 percent to 25 percent.

But as Washington and Beijing stand their ground in hopes of finding resolution on everything from trade imbalance to intellectual property concerns, consumers are the ones who stand to lose the most as the prices of thousands of products are sure to rise.

For the second time this week, SGB is gauging reaction from industry associations whose membership is affected by the moves, as well as the public companies—including some large retailers—that have been talking on the record about the impact to their supply chains and the economy.

Here are a few responses to the trade war from leaders of the trade organizations that cover the outdoor and sporting goods industries, as well as retail, footwear and apparel. They have been among the most vocal in opposing increased tariffs because of the burden they place on member companies:

Amy Roberts, Executive Director, Outdoor Industry Association: “We are concerned that tariffs affecting our industry continue to be utilized as an enforcement tool during these important discussions. In the months since these punitive tariffs came into effect for most outdoor products last September, they have severely inhibited the ability of outdoor companies to grow their businesses. Additional tariffs, particularly on apparel and footwear, will deliver a devastating blow to the $887 billion outdoor recreation economy and the 7.6 million American jobs it supports.”

Editor’s note: This passage was taking from Roberts’ and OIA’s letter to President Trump. Read the full letter by clicking here.

Tom Cove, President, Sports & Fitness Industry Association: “This is something we have feared. While there have been threats around these tariffs for many years, this action is the farthest-reaching and most damaging trade policy our industry and our customers have ever faced. We still hope the Chinese and American governments can come to an agreement before the tariffs go into effect, as these new tariffs will be potentially-destructive to many industry companies who cannot move manufacturing processes out of China in such a short period of time.”

Matthew Shay, President and CEO, National Retail Federation: “We support the administration’s efforts to deliver a meaningful trade agreement that levels the playing field for American businesses and workers. But the latest tariff escalation is far too great a gamble for the U.S. economy. Slapping tariffs on everything U.S. companies import from China – goods that support U.S. manufacturing and provide consumers with affordable products – will jeopardize American jobs and increase costs for consumers.

“Taxing Americans on everyday products like clothes and shoes is not the answer for holding China accountable. Working with our allies who share the same concerns and immediately rejoining TPP are more effective ways to put pressure on China without hurting hardworking Americans. We urge the U.S. and China to get these critical negotiations back on track. Both sides will lose in a full-blown trade war, and the global economy will suffer.”

Matt Priest, President & CEO, Footwear Distributors And Retailers Of America (FDRA): “President Trump’s latest proposal to raise import taxes on shoes from China means that Americans will pay an additional $7 billion in higher shoe costs per year. American families will see basic kids shoes go from $10 to $15 per pair, their running shoes go from $150 to $206.25, and their favorite canvas sneakers go from $49.99 to $65.57 at retail. Many of President Trump’s supporters in the heartland will also see the President dip further into their wallet when popular hunting boots go from $190 to $248.56. These are the real numbers we have calculated; they are not empty rhetoric. Import taxes on shoes are not paid by China. They are paid by every American, every time they buy shoes. This is not fair, it is not sustainable, and it will not solve our trade issues. We ask the President to read our numbers, realize hiking import taxes on shoes inflicts unnecessary financial pain on everyone in America, and take shoes off his new 301 list.”

Rick Helfenbein, President and CEO, American Apparel & Footwear Association: “This is a self-inflicted wound that will be catastrophic for the nation’s economy. By tightening the noose and pulling more consumer items into the trade war, the President has shown that he is not concerned with raising taxes on American families, or threatening millions of American jobs that are dependent on global value chains. As AAFA has continually stated, tariffs are taxes on American consumers that result in higher prices, lower sales, and lost jobs. While the Administration is in ‘no rush’ to get a deal with China, it is apparently in a hurry to impose new taxes on the American consumer.”

Walmart, the U.S.’s largest retailer, said Thursday it will be forced to raise prices due to the tariff situation.

“We’re going to continue to do everything we can to keep prices low. That’s who we are. However, increased tariffs will lead to increased prices, we believe, for our customers.” Walmart’s CFO Brett Biggs told reporters on a conference call following the release of first-quarter results.

The retailer is developing strategies to mitigate cost increases and working with its suppliers to manage prices.

Wal-Mart had said in a letter to U.S. Trade Representative Robert Lighthizer last fall that a 25 percent hike on tariffs, under consideration by the Trump administration at the time, would present a “serious burden” toward lower-income families. “Either consumers will pay more, suppliers will receive less, retail margins will be lower, or consumers will buy fewer products or forgo purchases altogether,” Walmart said.

On Wednesday, Macy’s said it will raise prices on some merchandise because of the escalating trade war.

“If the potential fourth tranche of tariffs is placed on all Chinese imports, that will have an impact on both our private and our national brands,” said CEO Jeff Gennette on the company’s first-quarter conference call with analysts. He said it would be hard for Macy’s to “find a path” to avoid increasing prices on consumers.

On Tuesday, UBS analyst Jay Sole wrote in a note wrote that an escalating trade war could lead to 12,000 store closures for soft-line retailers and create “intense inventory dislocations and discounting” to impact the entire retail sector.

“Our view is the market is not realizing how much brick & mortar retail is incrementally struggling and how new 25 percent tariffs could force widespread store closures,” Sole wrote. “We think potential 25 percent tariffs on Chinese imports could accelerate pressure on these company’s profit margins to the point where major store closures become a real possibility.”

Sole noted that the soft-line industry lost 3,125 stores in the first quarter, 60 percent more than any other quarter in the past decade as the industry, and is already facing pressure from eroding store traffic and Amazon.

UBS said it was already calling for nearly 21,000 stores to close by 2026 in the U.S. but the tariffs could cause more than half of those closures to happen within the course of one year. Sole wrote, “Tariffs could cause over half of this change in one year, rather than four,” according to the note. “To some, store closures could be a good thing. ‘Culling the herd’ could get the industry closer to stable traffic patterns and margins. Plus, survivors likely gain share. This is probably a long-term outcome. Near-term though, a big wave of stores closures would likely be highly negative.”

Also on Tuesday, Cowen analyst John Kernan lowered his price targets on G-III Apparel, Skechers, Carter’s, PVH and Ralph Lauren due to “the escalation of the U.S./China trade situation and high probability that 25 percent tariffs are implemented on the remaining $300B tranche of goods imported from China, potentially as early as Labor Day.”

Among the firms with heavy exposure to Chinese production is Skechers, which said last fall that more than half of its production comes from China although it also supports rapidly-expanding sales to Chinese consumers.

Last fall when the tariff risks first arrived, many companies were indicating to investors that they had already taken numerous steps over the years to reduce their sourcing from China. VF indicated that about 11 percent for its U.S. imports come from China, Decker Brands indicated that less than 30 percent of its overall production is done in China, and Wolverine Worldwide indicated that its exposure would be about 15 percent assuming all of Chinese’s imports received tariffs. Analysts at Wedbush last year estimated that Nike sources roughly 25 percent of its goods from China.

To recap, here is a timeline of the U.S.-China trade war since Trump made the first move in January 2018:

Also, to understand some of the ways companies can take action to mitigate the effects of tariffs, read the SGB Executive article from last fall, How To Navigate The Trade War.

In this piece, David Cohen, a Washington, DC-based international trade lawyer for Sandler, Travis & Rosenberg P.A., shares eight possible strategies for companies to consider as they deal with increased tariffs on the products they import from China. 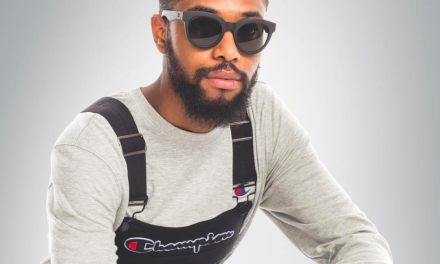