The company also announced the signing of a definitive agreement to sell The Waddington Group to Novolex Holdings LLC for approximately $2.3 billion. The company expects the transaction to be completed within approximately 60 days and result in after-tax proceeds of approximately $2.2 billion. Proceeds will be applied to deleveraging and share repurchase.

The company expects the expansion of its Accelerated Transformation Plan to accelerate value creation and more rapidly transform the portfolio to one best positioned to leverage the company’s advantaged capabilities in innovation, design and e-commerce. The plan is designed to significantly increase shareholder value through both meaningful returns of capital to shareholders and strengthened operational and financial performance, while simultaneously deleveraging the balance sheet.

Key components of the Accelerated Transformation Plan include:

“Our actions to focus the portfolio and create a global consumer goods company with net sales of greater than $9 billion will create significant value for shareholders through the strengthening of our operating performance and financial flexibility and the return of capital to shareholders from divestiture proceeds,” said Michael Polk, Newell Brands chief executive officer. “We are acting decisively to make Newell Brands a simpler, stronger and faster company, best positioned to leverage our competitively advantaged capabilities in innovation, design and e-commerce. The new portfolio will comprise seven category-based divisions with roughly 20 percent of their U.S. sales e-commerce derived, enabling our company to compete much more effectively in the rapidly changing retail environment. The focused portfolio will have a much simpler operational footprint that maintains the company’s strong route-to-market scale in North America, Europe and Latin America. Simplification will enable speed and agility to take costs out, bring innovations to market and accelerate the identification of future opportunities for growth and margin development.”

“The Board enthusiastically supports the Accelerated Transformation Plan and management’s efforts to drive it into action,” said Patrick Campbell, Newell Brands chairman of the board. “We are pleased at the announced sale of The Waddington Group at an attractive multiple and believe it is an encouraging early proof point of the plan’s potential. We look forward to working with Mike and the entire Newell Brands team to drive value creation for our shareholders.”

All after-tax proceeds from divestitures are expected to be allocated to share repurchase and debt repayment. Those proceeds, in combination with free cash flow after dividends, are expected to enable the company to repurchase more than 40 percent of outstanding shares by 2020, assuming the current share price and deleverage the company to maintain an investment grade credit rating. The company reiterated the commitment to continue dividend at current per share levels through 2019, growing thereafter within the target 30 to 35 percent payout ratio range.

Execution of the Accelerated Transformation Plan will result in a dramatic simplification of the company’s operations:

Net sales were $3.0 billion, a 7.6 percent decline versus prior year, primarily reflecting the negative impact from 2017 divestitures net of acquisitions, the business disruption to the Baby business created by the Toys ‘R’ Us (“TRU”) reorganization and subsequent liquidation and significant inventory de-stocking in the Writing category’s office superstore and distributive trade channels. Core sales declined 3.5 percent driven largely by Writing and Baby.

The company reported diluted earnings per share were $0.11 compared with $1.31 in the prior year, with the decrease largely attributable to the absence of last year’s $784 million gain on the divestiture of the Tools business, loss of earnings related to the TRU bankruptcy and the impact of cost of goods and freight inflation, partially offset by the contributions from acquisitions, positive pricing in four of five segments, cost savings and synergies and a lower tax rate.

Newell normalized diluted earnings per share were $0.34, flat to the prior year, as cost savings and synergies, contributions from acquisitions, positive pricing and the benefits of a lower tax rate were offset by lost earnings from divested businesses, lower core sales volume and inflation.

Newell reaffirmed 2018 full year outlook for normalized diluted earnings per share of $2.65 to $2.85 and operating cash flow of $1.15 billion to $1.45 billion. The company now expects both metrics to be towards the lower end of the full year guidance range.

Full year core sales are expected to be flat to down low-single digit percent, with first half core sales down low to mid-single digits percent as a result of the TRU bankruptcy and significant inventory destocking in the Writing category related to the company’s drive to rapidly achieve revised retailer inventory targets established by new leadership and ownership in the office superstore and distributive trade channels. The company expects both Writing and Baby core sales to be down double digits percent in the second quarter.

Reported operating income was $117 million, or 3.9 percent of sales, compared with $154 million, or 4.7 percent of sales, in the prior year, reflecting lower sales volumes and negative mix associated with Writing, the absence of approximately $12.0 million from 2017 divested businesses and a one-time bad debt charge of $21.6 million related to the TRU bankruptcy, partially offset by contributions from acquisitions, positive pricing, synergies and cost savings of $66 million and a reduction of approximately $100 million in integration and acquisition-related costs versus prior year. Normalized operating income was $262 million compared with $346 million in the prior year. Normalized operating margin was 8.7 percent compared to 10.6 percent in the prior year.

Operating cash flow was a use of $402 million, compared with a use of $264 million in the prior year, reflecting a $135 million cash tax payment in the current year on the 2017 gain on sale of the Tools business and the timing of working capital movements.

A reconciliation of reported results to normalized results is included in the tables attached to this release.

Newell Brands’ 2018 guidance assumes continued ownership of all businesses for the entire calendar year and, in that context, the company reaffirmed net sales guidance and normalized EPS and operating cash flow guidance as follows:

The company now expects first half core sales growth to decline low to mid-single digits percent relating to the negative impact of the TRU liquidation, the comparison against the prior year Elmer’s Slime pipeline build and the company’s drive to rapidly achieve revised retailer inventory targets established by new leadership and ownership in the office superstore and distributive trade channels. As a result, full year core sales are expected to be flat to down low-single digit percent.

Core sales in 2018 are calculated on a constant currency basis in line with industry practice. Core sales guidance excludes the impact of foreign currency, acquisitions until the first anniversary and completed divestitures. 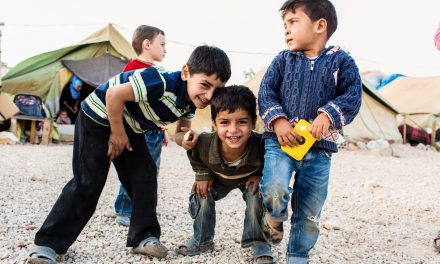 TAPS Board Halts Merger with PIA