Massachusetts Department of Public Safety posted its most recent revisions to amusement regulations for the Commonwealth for public comment. The Climbing Wall Association believes these regulations may have eventual negative consequences for the climbing industry nationally.

The CWA has continued to work on the regulatory process underway in the Commonwealth of Massachusetts. The CWA drafted and submitted recommendations for revisions to the amusement regulations in writing to the Department of Public safety regarding the regulation of climbing facilities. Our aim was to introduce reasonable measures in the licensure and inspection process for climbing facilities if they were to be regarded as amusement venues in the Commonwealth. Unfortunately, very few meaningful concessions were granted to climbing gyms and facilities through this process.

The Massachusetts Department of Public Safety (DPS) intends to regulate artificial climbing structures and challenge courses, in all settings, as amusements in the Commonwealth as of September 1st, 2006. The CWA opposes this regulatory approach. Initially, this date was set at April 1st, 2006 but a coalition of organizations, including the CWA, was effective in postponing this deadline pending revision of the Massachusetts amusement regulations.

The CWA, in cooperation with the ACCT, Massachusetts YMCA’s, Project Adventure and other organizations, has been working on alternative legislation and regulations to license climbing facilities outside of the amusement arena. We intend to introduce this alternative licensing statute this legislative session. We feel it is very important that climbing facilities used as sporting venues are not considered amusements.

The Department of Public Safety has advised us that there will be a meeting of the Massachusetts Amusement Advisory Board on Tuesday, June 6, 2006 at 10:00 a.m. to discuss the recently revised regulations concerning challenge courses and artificial climbing structures. This hearing is the first step towards promulgating the regulations by the target date of September 1, 2006 and this meeting is intended to provide a public forum for comment.

The Department of Public Safety will hold at least one additional public hearing in the coming months prior to promulgating the revised amusement regulations.

According to CWA, it will be very important for the indoor climbing community to have a strong presence at this public hearing, and any future public hearings regarding this matter. At this point, we believe only strong public pressure and a large turn out of those affected: builders, facility owners and managers, and climbers will move the DPS to promulgate more reasonable, less costly regulations for our industry. 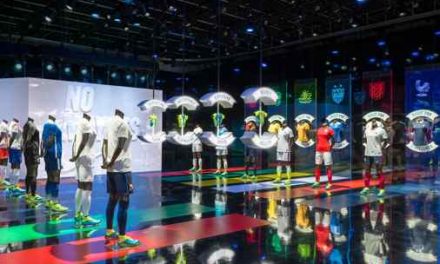