New Balance was awarded a $17.3 million contract from the Department of Defense (DOD) to provide American-made New Balance athletic shoes to initial entry service members upon arrival at basic training.

News of the contract came from a statement from U.S. Senators Susan Collins and Angus King and representative Bruce Poliquin. The members of the Maine delegation fought for the inclusion of a provision in the fiscal year 2017 National Defense Authorization Act (NDAA) that required the Department of Defense (DOD) to consider athletic footwear subject to the Berry Amendment by providing initial entry service members with American-made athlete shoes upon arrival at basic training.

“There are nearly 1,000 New Balance employees in Skowhegan, Norridgewock and Norway who work hard to manufacture high-quality, American-made athletic footwear,” Senators Collins and King and Representative Poliquin said in a joint statement. “By including our provision in the fiscal year 2017 NDAA and ensuring the Department of Defense applies the Berry Amendment to athletic footwear for recruits, the Pentagon is now rightly prioritizing American workers and supporting American jobs to equip U.S. troops.”

The provision included in the final fiscal year 2017 National Defense Authorization Act is similar to the Buy American Act introduced by Senator King and Senator Collins, as well as the Stepping up for American Workers and Troops Act introduced by Representative Poliquin. Both bills were introduced in 2016. Senator King, a member of the Senate Armed Services Committee, fought to successfully add the legislation as an amendment to the Senate version of the NDAA during the Committee’s markup of the bill. Representative Poliquin also fought for its inclusion in the House version of the NDAA and successfully petitioned fellow members in the House, democrats and republicans, to vote down an amendment that would have stripped it out.

The Berry amendment, passed in 1941, requires the U.S. military to provide its personnel with American-made equipment and uniforms to the greatest extent possible. Despite this long-standing law, and despite the fact that it issues similar Berry-compliant items such as combat boots and service uniforms, the entire DOD has not previously issued new recruits athletic footwear that is compliant with the Berry Amendment.

New Balance, which has manufacturing facilities in Skowhegan, Norridgewock and Norway, secured one of three contracts awarded by the DOD for American-made athletic footwear under the provision. The contract, awarded by the Defense Logistics Agency, contains a base performance period of 18-months, with an additional 18-month option contract clause. 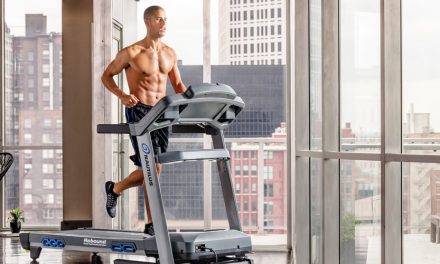