‘Netflix Is a Joke’ Billboards In L.A. And New York 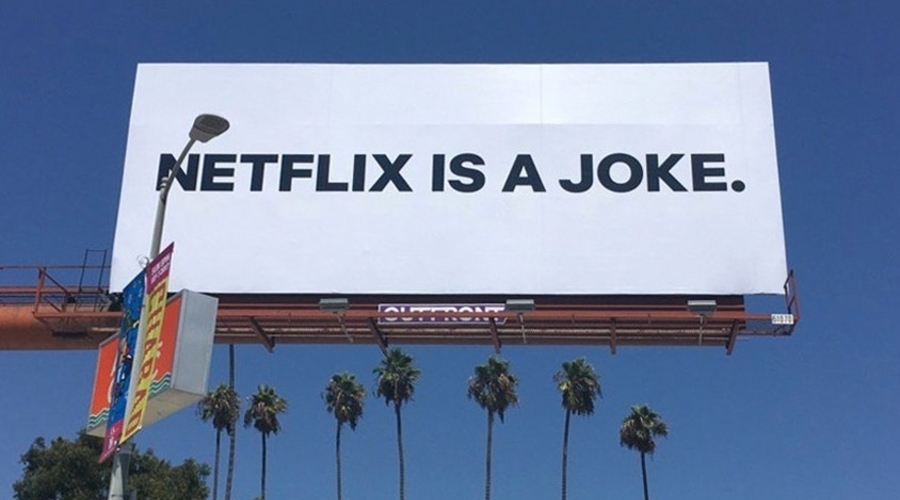 An advertising whodunit took place this week around New York and Los Angeles.

Billboards reading “Netflix Is A Joke” in large black font on a monochrome backdrop had many people wondering who the perpetrators were.

Although Hulu and Amazon were both punted around as suspects, it turned out that Netflix itself put up the billboards as a viral ploy to draw attention to its comedy content featuring Chris Rock, Dave Chappelle, Amy Schumer, Louis C.K., Sarah Silverman, Tracy Morgan and Jerry Seinfeld.

The campaign is expected to expand in the upcoming days with additional video content from the comedians.