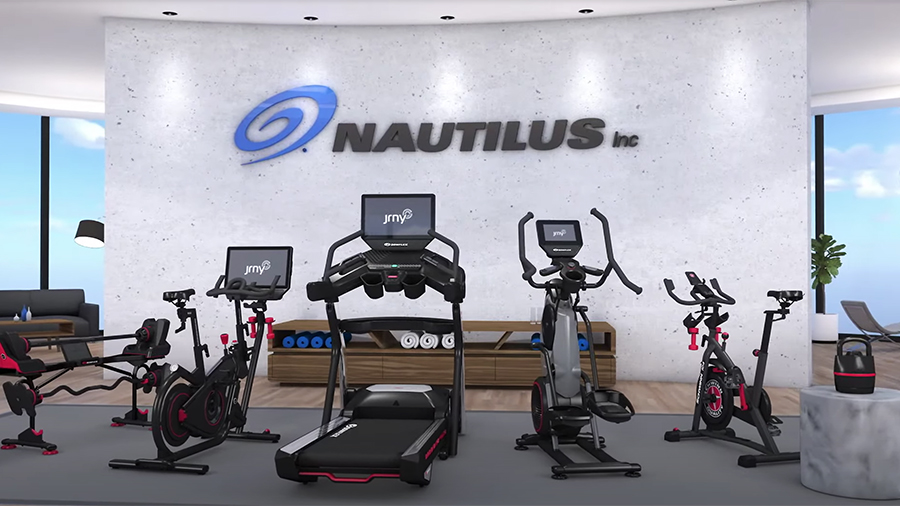 Nautilus Inc. reported first-quarter sales in its second quarter ended June 30 jumped 61.7 percent on the strength of sales from its connected fitness bikes and treadmills, like the Bowflex VeloCore bike and Bowflex T22 Treadmill, and robust sales of its SelectTech weights.

JRNY Update
Nautilus Inc. said it continues to enhance its JRNY platform, creating differentiated connected fitness experiences for its members. In the past quarter, the company enhanced the content library and commissioned additional Explore the World content. It introduced the JRNY app for use with its IC4 and C6 bikes to further expand its lineup of connected products.

Today, Nautilus also announced a strategic partnership with FitOn, a digital fitness provider. Under the agreement, JRNY members will have access to off-product workouts through the JRNY digital fitness platform and app.

“We have generated record results for three sequential quarters, underscoring the momentum of our execution of North Star, our long-term transformation plan. We believe that our planned North Star investments, particularly in marketing and our JRNY platform, will result in more predictable growth and consistent and expanding profitability. We will continue to enhance JRNY to provide our members with a differentiated experience and our recently announced FitOn partnership is an example of that commitment. Our team’s focus on executing North Star has enabled us to reach more of our target customers, grow our member base, add new retailer partners, reduce backlog, and improve our inventory position. These areas of focus, combined with our improving connected fitness experience, have us very well positioned to deliver sustainable long-term growth and profitability,” continued Barr.

Balance Sheet And Other Key Highlights As Of June 30, 2021