All comparisons relate to the third quarter of 2016 unless otherwise indicated.

All comparisons relate to the first nine months of 2016 unless otherwise indicated.

Bruce M. Cazenave, chief executive officer, stated, “Our third quarter 2017 top line results were driven by stronger sell-in and broader placements of both existing and new products in traditional and e-commerce retail. In our Direct Segment, we experienced a slight increase in overall sales as the recently launched Bowflex Hybrid Velocity Trainer ‘HVT,’ offset the continued declines in TreadClimber sales. We achieved over 60 percent growth in our operating income due to the strong Retail results and certain one-time benefits, including the retroactive finance fee adjustment and favorable settlement of an indemnification claim.”

Cazenave continued, “As indicated on the prior earnings call, we planned to invest a significant amount of time during the third quarter to test, modify, and optimize our messaging and media plans to support the new HVT line. As a result of these efforts, our media planning has been updated and refined for the critical holiday season, November through January 2018, but the level of success achieved from these changes remains to be seen. As such, we felt it prudent to provide updated guidance for 2017 based on some of our early learnings. While we expect that recent new product contributions will again drive growth in the fourth quarter, they will not likely be enough to offset the slow first half of the year. Therefore, on a full year basis, we now expect to achieve revenues of $405 million to $410 million for the year, which is roughly flat to prior year. We are projecting operating income for the full year of $44 million to $46 million, a 13 percent to 18 percent decrease over prior year. These expectations are below our previous estimates and reflect higher expected media spend to drive top line growth in the Direct segment. The Bowflex HVT offering is gaining traction, but our return on media investment is not currently optimized, and the backdrop of continued declines in TreadClimber sales creates a drag on achieving near term profitable growth in our Direct segment. Regarding our Retail segment, we remain cautiously optimistic with our broader product offering and strong placements, but since the timing of sell-ins occurred primarily in the third quarter this year, we do not anticipate achieving the same year over year growth in the fourth quarter as delivered in the third quarter of 2017. Overall, we expect another strong year of cash generation in 2017 and continue to focus on investing in our strategic priorities of product innovation, expansion of market access points, and improved operational efficiencies, while optimizing use of capital to deliver positive long term shareholder returns.”

Net sales for the Direct segment were $34 million in the third quarter of 2017, an increase of 0.8 percent over the comparable period last year. The segment benefited from the growth of new products, including the Bowflex HVTTM, which offset the continued decline in TreadClimber sales. Operating income for the Direct segment was $5.3 million for the third quarter of 2017, compared to $2.6 million in the third quarter of last year. Operating income was positively impacted by a decline in financing fees resulting from a retroactive contract renegotiation adjustment. Gross margin for the Direct business declined by 220 basis points due to unfavorable product mix and increased discounting for older products.

Royalty revenue in the third quarter 2017 was $0.6 million, compared to $0.9 million for the same quarter of last year. Revenue in the prior period included a settlement from a certain licensee.

The Timberland Company Looks to International for 2005 Growth; Boots a Drag… 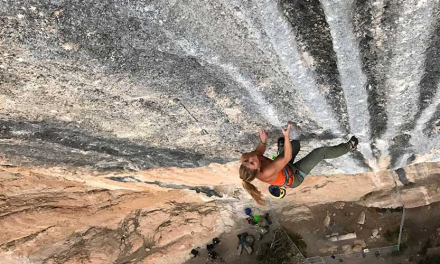