Advance reservations for “room nights” at mountain resort destinations are up 4% compared to the same time last year according to data collected by the Mountain Travel Research Program (MTRiP) as of Oct. 31, 2005.

“Despite the impact of two major hurricanes, fuel prices that spiked dramatically for several weeks, and sagging consumer confidence, skiers and snowboarders have once again proved that they are one of the most resilient segments of the leisure travel market,” said Chris Cares, a research partner for the MTRiP research initiative. “The baby boomers who are a big part of the destination skier market are pretty insulated financially and the younger, Generation Y or echo boomers, are the most avid skiers and will get to the slopes as long as snow conditions are appealing.”

Last year, the National Ski Areas Association (NSAA) reported 56.9 million skier visits making it one of the best ski seasons on record–so early gains in 05-06 bookings were particularly impressive. The Aug. 31 MTRiP report showed advance reservations up 15% driven by strong international bookings. Overall, the margin of increase declined in September but remained up by 9% as of Sept. 30. However, a 19 point drop in the Consumer Confidence Index in September, the sharpest decline in the past 15 years, affected the early momentum.

Not surprisingly, the impact of Hurricane Katrina and Rita is particularly apparent in some segments. Mardi Gras week typically brings thousands of New Orleans skiers to the slopes and is currently down significantly. According to Sue Neumann, director of Winter Park Resorts Central Reservations office, “our business from the Louisiana market is currently down 50% compared to last year but were hopeful that as New Orleans continues to recover, some of that business will materialize.”

MTRiP tracks the North American destination mountain resort industry on a year-round basis. The data is gathered from a variety of destination resort sources including community lodging forecasts and Central Reservations office statistics.

The research also revealed that while more skiers are shopping on-line, 72% of advance reservations are being completed by phone while 28% are being booked on-line.

“Apparently, there is no substitute for local knowledge and expertise when it comes to booking the ideal ski vacation,” said Ralf Garrison who leads the MTRiP initiative.

Preliminary indications from MTRiP subscribers are that November reservations are on the upswing again as fuel prices drop back to more normal ranges and strong early snowfall in several regions of the country have generated increased excitement for the coming season. 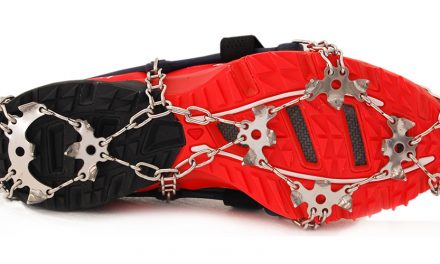 Puma Pledges to Clean Up Supply Chain by 2020