Moody’s Investors Service placed all ratings of Camping World, including the B1 corporate family rating, on review for a possible downgrade due to the retailer’s poor performance in the fourth quarter.

“Today’s rating action is in reaction to operating performance in Q4 that was well below expectations, driven by a confluence of factors, including a significant drop-off in sales for all categories of RV’s, representing the worst quarter for the industry in several years,” stated Moody’s Vice President Charlie O’Shea.

“Combining this with the continuing roll-out and revamping of the legacy Gander Mountain stores results in Camping World’s leverage and interest coverage landing well-outside of our downgrade triggers,” continued O’Shea. “The review will focus on the company’s liquidity, as well as the remedial steps the company is taking to address the operating issues, and the speed with which these initiatives can be implemented and executed such that the erosion in credit metrics is stemmed, and how much these metrics can potentially improve over the next 12-18 months.”

On Review for Downgrade:

Camping World’s rating (B1 CFR) reflects the temporary negative impact on metrics of the costs involved in the acquisition and integration of Gander Mountain locations, which were purchased out of bankruptcy. As of December 2018, leverage increased to 5.2 times due to the negative EBITDA impact of approximately $50 million in Gander-related costs incurred during the first half of 2018, as well as softness in the RV segment, and EBIT to interest deteriorated to 2.7 times. A key rating factor is the sequential reduction in leverage over the coming quarters. Camping World’s credit profile is supported by its leading market position within the recreational vehicle segment, with a business model that provides multiple sources of revenue, with retail sales, membership sales, and parts and accessories through its dealership and retail networks, as well as the risks inherent with its acquisition-based growth strategy. A key rating constraint remains the highly-discretionary nature of recreational vehicles, which represent a significant portion of the company’s revenue and profit mix. Ratings could be downgraded if, due to either financial policy decisions or weakness in operating performance debt/EBITDA approached 4.5x, or EBITA/interest trended towards 3 times, or liquidity were to weaken. Given the review for downgrade, an upgrade in the near future is unlikely. Over time, an upgrade could occur if operating performance significantly reversed its present negative trends such that debt/EBITDA was sustained below 3.5 times, and EBIT/interest was sustained above 4 times, and good liquidity was maintained.

K-Swiss Q2 Sees More of the Same, but Europe Business May be Plateauing… 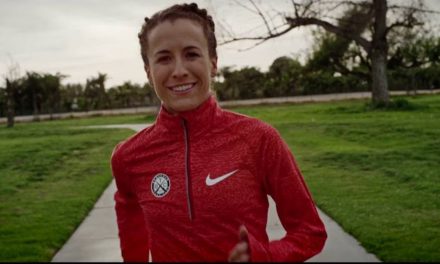