Mizuno USA announced an extension of their sponsorship agreement with USA Volleyball, remaining the “Official Equipment and Apparel Supplier for the USA Volleyball.”  The long-standing partnership with USAV continues to solidify Mizuno’s core message of contributing to society by inspiring the youth to achieve their life-long goals through the active participation and promotion of sports.

“USA Volleyball is proud to announce that it has extended its official athletic footwear and apparel sponsor agreement with Mizuno through December 31, 2016,” USA Volleyball Secretary General Kerry Klostermann said. “The agreement has been expanded to include the USA Beach Volleyball discipline and programs. Every single Olympic medal won by USA Volleyball’s indoor national teams has been won in Mizuno performance product and we look forward to continuing our history of successful and mutually beneficial partnerships.”

“Our sponsorship of USA Volleyball has been an important relationship that we’ve fostered for over a decade and we are thrilled to once again partner with USAV through 2016,” said Mizuno USA President Bob Puccini.  “The addition of USA beach volleyball brings a new level of excitement to our affiliation with the sport, which has remained a major part of Mizuno’s heritage and history, and we consider it a crucial component of our company growth.”

As an “Official Sponsor of USA Volleyball” for the United States Men and Women’s National team since 2001, Mizuno will participate in numerous partnership opportunities with USAV and their events.  The top-ranked United States Women’s Olympic Volleyball Team claimed a silver medal at the 2012 London Olympics after a defeat by world number two Brazil in the gold medal match.

Mizuno’s support of national teams extends beyond Olympic competition and into the junior ranks providing youth across the world with hi-tech products.  The company remains dedicated to developing technologies such as DryLite  in apparel, and award winning Mizuno Wave® technology in footwear, which enhances performance and helps players of all ages perform at their very best. Mizuno USA's new and improved sublimation program has just had its initial relaunch and will be offered to the Indoor National Teams and Beach National Teams. 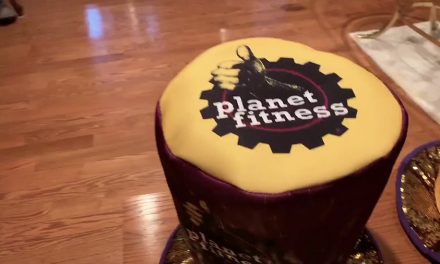 NRA: Clearing Up the Rumors About The ‘Gun Tax Bill’