Mission Makes a Statement with ITECH…

The parties involved with Mission Hockey and ITECH Sports Products see their announced merge as a perfect fit for two companies playing in the same space with complimentary product offerings. The deal announced last week will see one merged entity survive as Mission-ITECH Hockey that will be based in Missions current California headquarters. Canadian and International sales for the merged company will be run out of ITECHs facility in Montreal and U.S. operations for the new entity will reside at Missions current digs.

In an exclusive interview with Sports Executive Weekly, Mike Whan, CEO of the new company, said that the upside for the new company is that is really a hockey company owned by hockey people.

The merger deal was entirely funded by current Mission and ITECH ownership, which includes the Naegele family, the founders of Rollerblade which are now the principal owners of the NHL Minnesota Wild, Kevin Compton, principal owner of the NHL San Jose Sharks and ITECH Hockey founder and former NHL player, Robin Burns.

Whan said they deal made total sense due to the complimentary nature of the product lines and Mission recently aggressive moves to capture share in the Ice Hockey market.

Whan, who was the CEO of the stand-alone Mission Hockey, said the differences in the two companies were as exciting as the commonailites. The deal create a company focused on sticks, skates, pants, and gloves with the fastest growing helmet and goalie equipment brand.

Mission sales are now about 60% Roller Hockey to 40% Ice Hockey, a number that was 80/20 just three years ago, according to Whan. He said over 125 pros are now playing Mission sticks. A company release said Mission has seen double-digit growth in each of its Ice Hockey categories in the last year. Whan said ITECH is seeing its growth coming from “phenomenal” growth in helmets and the expansion into “other goalie protection”.

Whan said that ITECHs Canadian production capabilities is a plus, particularly when it comes to custom work. “Well definitely take advantage of some of that local sourcing for both companies,” he said. Whan said composite stick production will still be done by Aldila in Mexico while skates are done in Asia.

ITECH also the Cooper brand for North America under a license agreement with Nike and is producing protective gear for baseball under the ITECH name. Whan said the baseball business is currently integrated into the ITECH business and it “remains to be seen” whether they will create a team to manage that business separately from the main hockey focus.

When SEW asked if this was just the first of many deals, Whan said this was a big first step, adding that he would be “lying if I said this was the last deal.”


>>> With Reebok acquiring THC, these guys must see an opportunity to focus on products that could get lost under a corporate umbrella 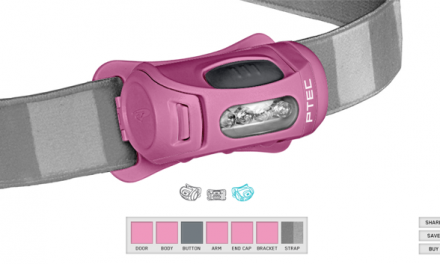