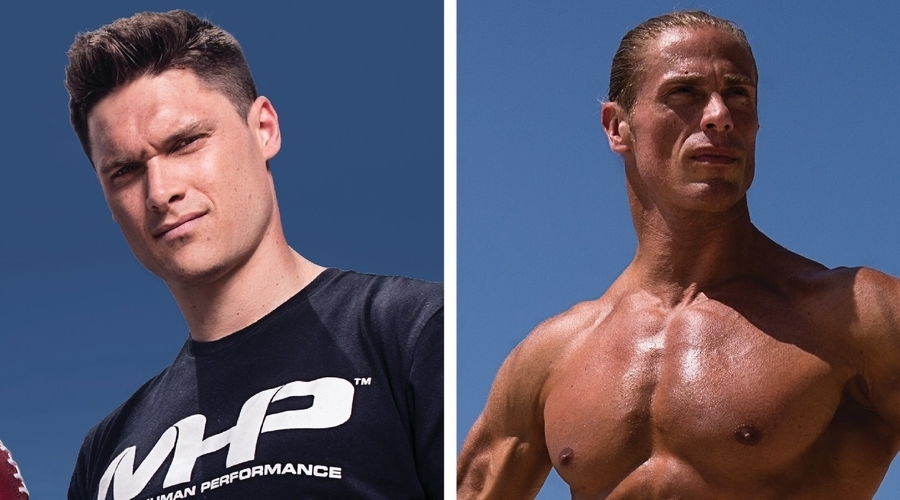 Maximum Human Performance (MHP), a premium sports nutrition brand, has signed an all-new pro athlete team to represent its revitalized flagship brand to young athletes worldwide. Timed with the launch of MHP’s new formulations, the athletes will appear in the brand’s new “Your Body of Work – Driven by MHP Science” campaign set to debut later this month.

“Our new MHP team represents the best in sports today: Hardworking and relentlessly-driven pro athletes who understand the human body and how to maximize its performance with quality supplementation,” says Vito Sanzone, MHP president and CMO.

Chris Hogan is a wide receiver for the reigning NFL Champion New England Patriots and hit his stride in the team’s ruthless drive to the big win in February. Hogan finished the season with 38 receptions for 680 yards and 4 touchdowns and an amazing 17.89 yards per catch. He holds the new Patriots playoff record for his 9 receptions and 180 yards and 2 touchdowns in the AFC Championship game against Pittsburgh. He had 4 receptions for 57 yards in the Patriots overtime victory over the Atlanta Falcons in Super Bowl LI. Hogan is a Penn State University graduate where he excelled in Division 1 lacrosse.

Says Hogan, “I’ve always been a believer in sports nutrition and started using MHP supplements in college. MHP helps me get the most out of my training program and I believe it gives me the edge I need on the field.”

Marc Megna is a former NFL player who was drafted by coach Bill Parcells and the New York Jets and later played for Bill Belichick and the Patriots. He now resides in Miami and trains pro athletes with a potent combination of experience and motivation drawn from his mother’s favorite message to him as a young athlete: Dream Big, Never Quit. He is a graduate of the University of Richmond.

Stated Megna, “I couldn’t be more pleased to join the team at MHP. I love the commitment to clean supplements driven by science. Athletes don’t want to guess what’s in their supplements. MHP’s clean and straightforward labeling makes it easy.”

IFBB Pro Chris Bumstead is a fast-emerging classic physique competitor and bodybuilder with the potential to radically change the sport. The winner of the 2017 Pittsburgh IFBB Classique Physique Championship held this past weekend is now eligible for the 2017 Olympia. With a throwback 1970’s Arnold Schwarzenegger physique, he is taking the industry by storm as he unapologetically disrupts the status quo. Born and raised in Nova Scotia, Canada, Bumstead attends Dalhousie University and will receive a degree in Health Sciences this month.

Bumstead said, “I am so pleased with the quality of the MHP supplements. The science behind every product is really thorough and I can see the results in the gym.”