“We feel that Larry is perfectly positioned to lead these critical businesses for our company,” said Phillip Sporidis, managing director of Mavic, Inc. “While wearing many hats and juggling multiple priorities, Larry always has an infectious enthusiasm and bleeds yellow. He is well respected by all and entrusted by us to grow these segments,” continued Sporidis.

Burke's new role follows a successful national sales meeting in late June that Mavis said has led to a number of staff changes aimed at improving the customer service and sales performance of the US subsidiary. By reallocating and supplementing staff resources internally at the Haverhill, MA headquarters, the company can focus intently on providing outstanding service for Mavic dealers across the country.

In the coming months, Mavic, Inc. will augment the sales team with an aftermarket national sales manager to fill the role vacated by Burke. Until that position is filled, Managing Director Sporidis will oversee IBD sales directly with the sales force.

To enhance in-store excellence going forward, David O’Connell has been promoted to the newly created position of retail excellence manager. This position incorporates the duties formerly assumed by regional sales promoters, with particular emphasis on shop in shop stewardship. For the last two years, Mavic’s shop in shop program has proven effective at increasing the brand’s presence at retail. In his new role, O’Connell will work to further grow and improve the program by managing Mavic’s new retail excellence specialists (formerly known as sales promoters).

First to join the team in this re-titled role is Christian “K” Karnisky, as West Coast retail excellence specialist. He takes over the position held by Eric Zimmer, who has been promoted to Northern California sales representative.

“Chris ‘Schaf’ Schafer has personally and professionally made a positive difference on everybody here at Mavic,” said Sporidis. “Chris leaves big shoes to fill, but Dean has a great track record. Most recently, he grew Cannondale’s presence in the New York metro area, and I’m confident his work ethic and engaging manner will be a great fit in our company,” continued Sporidis.

Other internal changes at Mavic, Inc. include the following:
–    Rob Wolske joined the company as director finance and operations in late April.
–    Kyle Ferdyn has been promoted to customer service supervisor, a position held most recently by Skip Worth. One of Mavic’s longest-serving employees, Worth is retiring in the near future to spend more time with his family.
–    Nicole Chretien joined Mavic as an inside customer service representative.
–    Toby Ferdyn is Mavic’s new small parts and logistics specialist.

“Our collective goal is to align, enhance, and focus all our resources to significantly grow our business” said Sporidis. “We’ve had a lot of changes, but it’s all with an effort to improve our responsiveness and deliver improved and fully engaged service to our retail partners,” he concluded.

Mavic is an Amer Sports brand founded in 1889, based in Annecy, France with a US office based in Haverhill, MA. Mavic is a world leader in technology and innovation in bicycle wheels, rims, components, technical apparel and footwear. 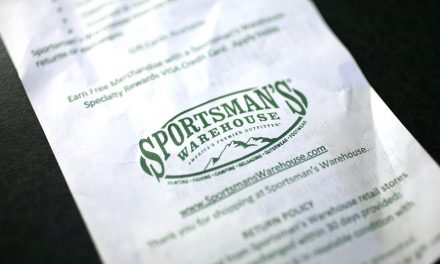