Marmot is proud to announce that Sara Agah has been tapped as Marmot’s newest addition to the Marmot Ambassador Team-a diverse cadre of social entrepreneurs, philanthropists, advocates and global stewards that represent goodwill initiatives worldwide.

Over the past six years, Agah has been committed to a life of service and medicine through her work as an emergency room nurse. She’s also taken her life’s passion internationally, providing relief nursing work in underserved locations such as Port-au-Prince, Haiti and in Tacloban, Philippines.

Agah co-founded the Do It For The Love Foundation (DIFL) with her fiancé and musician Michael Franti. Their goal at DIFTL is to bring the world of music and healing together by providing live concert experiences to adults in end stages of life threatening illness, children with various challenges, as well as wounded veterans. Since being founded in late 2013, DIFTL has granted over 300 live concert experiences.

“We want to give children and adults living through some of the most difficult times in their life a chance to transform their spirit through the power of live music and to feel significant and a sense of community that comes from their nomination and other recipients who naturally connect together” explained Agah, who travels with Franti to concerts and DIFTL fundraisers throughout North America and internationally.

“It’s a cause that has been so rewarding for us to champion. It was something that started on emotion and we want to share that love with as many people as possible. To see how many people we have already been able to touch in such a short time really fills our hearts,” added Agah, who created a DIFTL video with Michael that shares their touching personal experience with Steve Dezember-a young man suffering from ALS-which ultimately led to the creation of their unique foundation.

Tom Fritz, Marmot’s Vice President of Marketing explained, “Sara’s dedication to helping others is an excellent example of Marmot’s core brand values. Every single day she lives the giving life that we so strongly believe in at Marmot-giving back to both local and global communities. Sara’s unbridled enthusiasm for helping people in-need is exactly what we look for in our Marmot Ambassadors.”

In addition to her ground-breaking work with DIFTL, Agah is dedicated to making a positive impact on the lives of others in healthcare. Agah will soon complete her Masters in Public Health, which she hopes to use as a platform to concentrate on policy change, the effects of climate change and women's health. Her work, life, and play are influenced by a top line mantra she shares with Franti which is: “Be your best. Serve the greater good. Rock out wherever you are.”

Marmot is an award-winning, globally distributed brand of high-performance, technical clothing, apparel and equipment. Since 1974, Marmot products have been worn by climbers, skiers, mountaineers and adventurers worldwide. 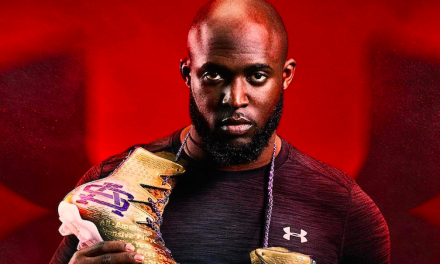 SFIA Addresses Impact of the Election on Sports/Fitness Industry