Mammut Sports Groups sales grew 9.2% to CHF 111.9 ($98.9 million) in the first eight months of the year, over the same period in 2007, the companys Swiss parent Conzzeta Group reported. Mammut achieved clear growth in all its major markets, Conzzeta reported.


“Even in the USA, the sales figures were higher, despite the weakness of the U.S. currency,” the company said in a statement. “The growth trend in the clothing segment was particularly pleasing. Pre-orders for the 2008/09 winter season provided further grounds for confidence.”
In an interview with The B.O.S.S. Report, Mammuts CEO in the United States attributed much of its gains increases in market share. Mammut  recorded its strongest month ever in September, when sales were 20% higher than the previous record month of October 2007.
“I think we are all still sort of looking around going Wow!” said Bill Supple, CEO of Mammut Sports Group Ltd., the companys U.S. subsidiary based in Shelburne, VT.  “Looking at pre-season orders for summer (2009), they are very strong.”

Supple attributed the bulk of the growth to Mammuts strategy  of offering independent outdoor specialty shops a one-stop vendor of footwear, apparel and gear not available at big box retailers.  “There is no way the industry is growing at that rate,” he said.
A report released by Outdoor Industry Association Friday estimated U.S. sales of outdoor sporting goods by all channels were up 12% during the first eight months of this year over the same period in 2007.
“Im not sitting here telling my boss Im totally confident my budget for summer 09 is intact,” said Supple.  “But we have not seen a lot of our dealers calling in canceling orders yet.”
Sales at Mammuts company-owned store in Burlington, VT are also meeting plan, Supple said.
In an interview at Outdoor Retailer Summer Market last August, Mammut Sports Group AG CEO Rolf Schmid said the company is prepared to give up margin in the short term to build U.S. market share long term. He said rather than offer deep pre-season discounts, Mammut favors providing incentives that encourage dealers to add Mammut in new categories. 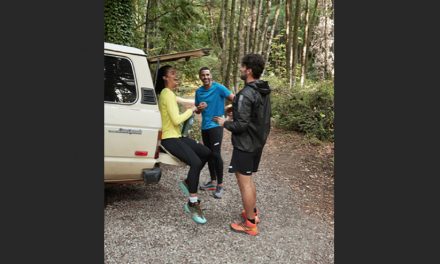