Made In The USA: Climbing Addicts Rock-Colored Chalk 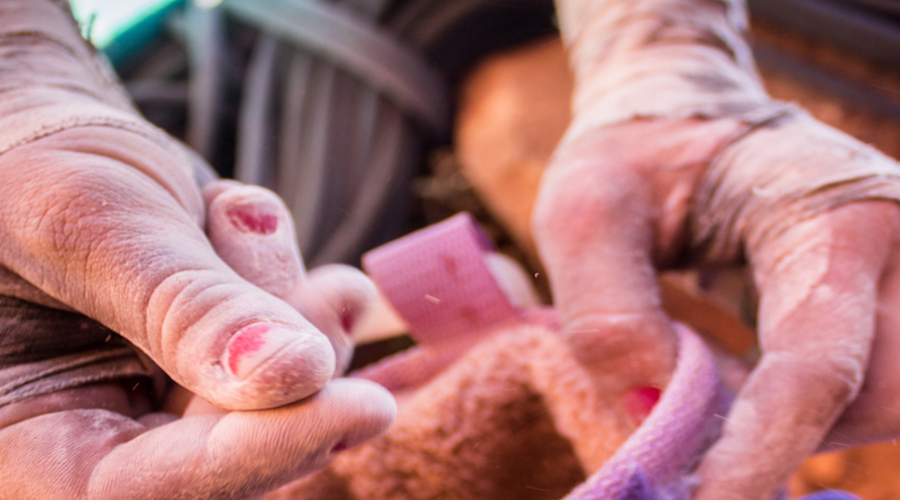 For Climbing Addicts Founder Shawn Axelrod (pictured below), the existing rock-colored climbing chalk he was using just wasn’t cutting it. As a longtime climber who shares his passion with his sons, using chalk that blends in with the natural landscape is the right thing to do for several reasons. First off, white chalk takes some of the fun out of figuring out a route – the holds stand out once they’re been grabbed. But more importantly, he feels that climbers should concern themselves with environmental stewardship as well as the enjoyment of other outdoor enthusiasts that love mountains and canyons. 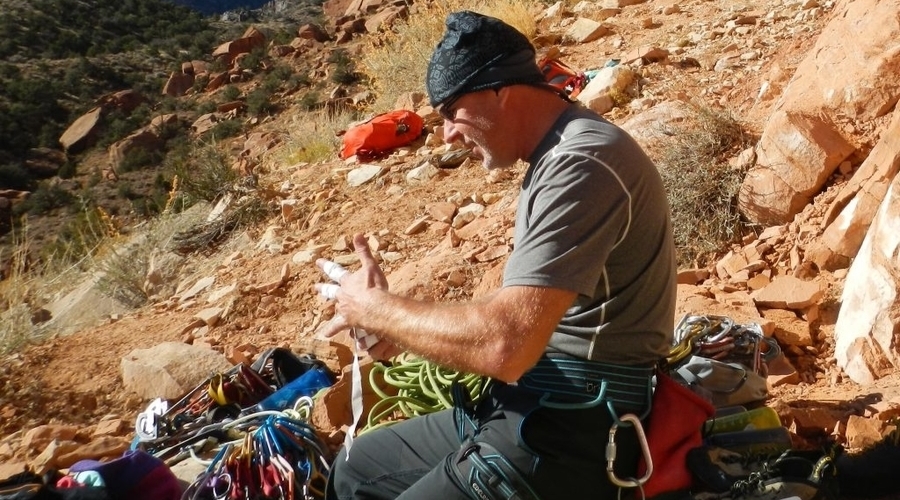 “My two sons and I just got down off a route on the West Ridge,” explained Axelrod, naming a climbing area in Eldorado Canyon outside Boulder, CO. “Walking back to the car we couldn’t help but notice the ever-growing number of white chalk marks blemishing the rock. We wondered, ‘why is it that most climbers don’t even question what they put in their chalk bag? Seems like it’s not even a blip on their radar.” For reference here’s a photo of the Monkey Traverse near Boulder, a route that Mountain Project calls “perhaps the most chalked piece of rock at Flagstaff.” 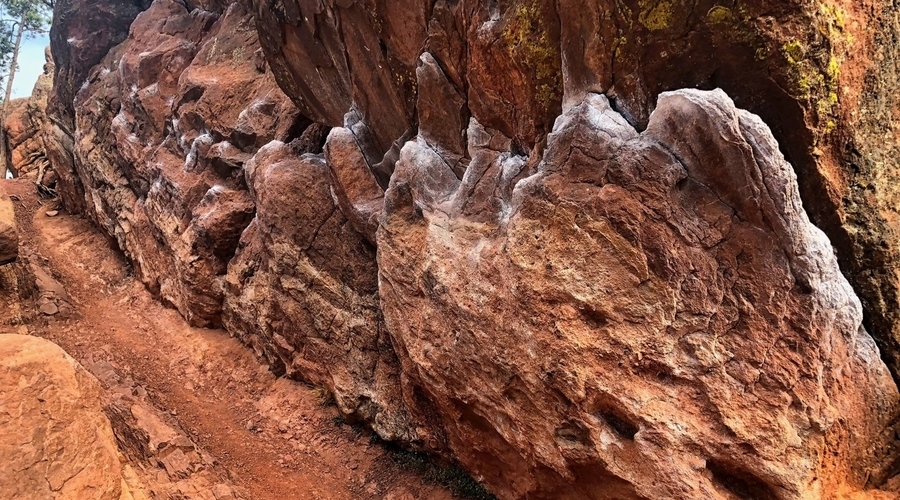 So the family got to work on a new colored chalk formula, basically “Microsoft-ing it in our garage,” Axelrod said. He joked that “the internet is an amazing place” and added that, as his kids were in high school at the time, “we had access to a lot of science teachers.” The result was Climbing Addicts chalk, which is made with a “different process that doesn’t alter the magnesium carbonate,” meaning a higher-performance colored chalk that’s made in the U.S. for quality assurance. The pigment ratio is small and doesn’t alter the chalk in any way, give the chalk a “slimy” feel or stain them.

Getting the right color for the company’s two made-in-Colorado products, Wall Street Gold (below) and Yosemite Gray, involved a process that went through “several iterations, but we have a consistent formula now,” said Axelrod. “Getting a more neutral color was more important than getting a color that exactly matches the rock.” Color neutrality was the issue that nixed a red sandstone colored chalk he was working on, “because it was too specific of a product.” In case you’re planning to head to the desert this winter, Axelrod recommends Wall Street Gold for climbing on red walls. 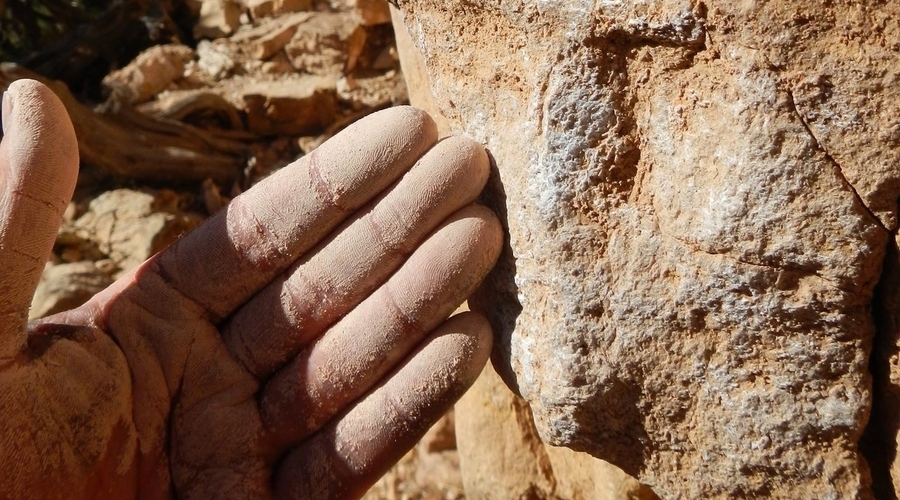 Axelrod admitted it was tricky at first to raise Climbing Addicts stoke in the famously brand-loyal climbing community. “My mom went to the same hairdresser every time no matter what,” he mused. “Climbers are kind of like that. They can be rigid about what they use, so we’re out there knocking on a lot of doors.” And although the family created their chalk for their own use and not as a marketable product, “we don’t want to focus that much on marketing. We’d rather have our users create the converts.”

Climbing Addicts’ first retailers were Rock & Resole and Neptune Mountaineering in Boulder, but since then they’ve added a slew of other doors and become Amazon FBA sellers. “Amazon is a channel we definitely want to pursue,” said Axelrod. Also in the works are partnerships with small companies in Boulder – think cycling and apparel – as well as a chalk bucket and skin care. 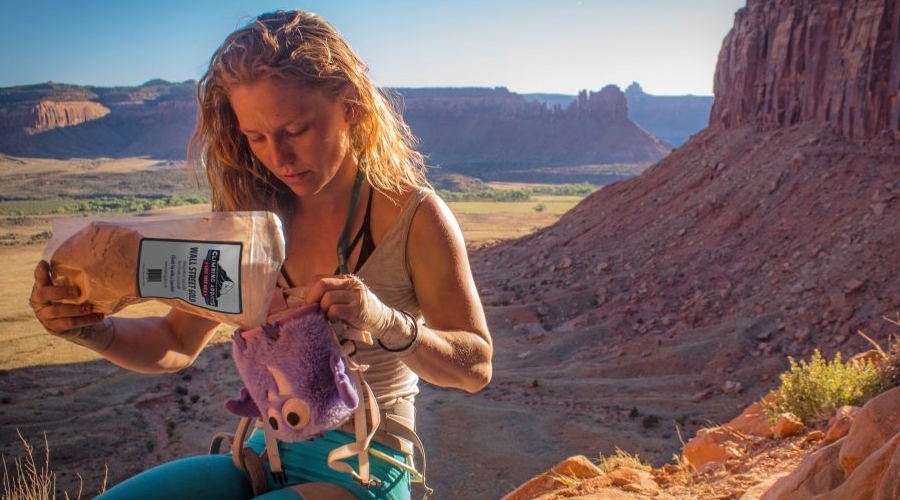 The company is still very much a grassroots family affair, headed up by the charismatic Axelrod. “I convert customers with my smile,” he said with a laugh. Seriously, though, “We’re climbers, and by chance we’re doing this.” As an added bonus, “You climb harder when you’re representing.” Climbing Addicts also has an athlete team including Mary Catherine Eden (pictured above) that tests out prototypes and spreads the word. As in every corner of the outdoor market, athlete and user endorsements on social media are an essential tool, which is why performance and consistency are so important to Axelrod.

“It has to work,” he stressed. “Climbing has become so different than it was. Everyone is into high-performance – and we get that. If it doesn’t work, why use it?”