Luxottica's board of directors proposed paying company's shareholders a $913 million dividend following the eyewear company's strong performance last year. Executives said they expect profits to grow twice as fast as revenue in 2015 for the sixth year in a row.

“We see continued growth across businesses in developed and new markets, with bright spots including Ray-Ban, Oakley and Sunglass Hut,” Luxottica's co-CEOs Massimo Vian and Adil Khan said in a press release announcing the company's audited results for 2014.

“This is a terrific moment for Luxottica,” co-CEOs Massimo Vian and Adil Khan said Monday, March 2. “The acceleration of sales and profitability in the fourth quarter gave us strong momentum going into 2015. We closed another record year of strong sales and profitability growth, we generated an outstanding Euro 802 million in free cash flow, allowing us to pay a cash dividend of Euro 1.44 per share, more than doubled compared to 2013.

The optics giants reported net sales rose 8.6 percent, or 6.8 percent c-n, at its Wholesale Division; and 4.3 percent, or 3.2 percent c-n, at its Retail Division. Comparable stores sales were up by 4 percent, thanks to progressive improvement at LensCrafters throughout the year as well as sustained high rates of growth at Sunglass Hut worldwide.

In Australia, the Retail Division experienced dual speed performance from Sunglass Hut and its OPSM retail chain during the year. On the one hand, Sunglass Hut’s comparable store sales grew by 8.5 percent. On the other hand, OPSM was negatively affected by an increasingly competitive environment, recording an increase in comparable store sales of 1.7 percent for the full year, reflecting a slowdown in the second half of the year.

Luxottica's board of directors have recommended paying the entire amount of adjusted earnings per share to shareholders in the form of a €0.72 ordinary and €0.72 extraordinary dividend. Shareholders will also be asked to authorize €750 million for the purchase of 10 million ordinary shares representing 2.08 percent of the company's share capital.  Luxottica's will use the shares to pay for potential future acquisitions and implementing its  2013-17 performance bonus plan.

Under Armour Partners with Thermos on Water Bottles 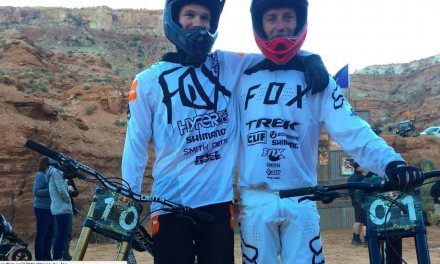